Would you trust two lads who drive a Ford Capri and wear flares to protect your country from terrorism and crime. The Brit's did in this British crime-action TV drama series which originaly screened back 1977 to 1983. It was a great mix of almost believable national security/serious crime work and over the top action.

Martin Shaw was Raymond Doyle, the idealistic ex cop who was sensitive, probably a vegetarian, and didn't really enjoy beating and shooting the baddies.

Gordon Jackson was their boss, a dour Scotsman who limps when he remembers to, likes scotch, and suffers the occasional flashback to his traumatic early years as a butler.

Two Ford Capris starred as themselves, the main form of transport for the good guys. Bodie drove a silver version (1978-81 episodes), Doyle a gold (1980-81 episodes).

CI5 (Criminal Intelligence 5) was a law enforcement department, instructed by the Home Secretary to use any means to dealt with crimes of a serious nature that went beyond the capacity of the police, but were not tasks for the secret service or military, which meant they basically did everything but recover cats from up trees.

While polar opposites, Bodie and Doyle had a deep and enduring friendship which was kind of cute in a 70's boys own way.

Initially, Anthony Andrews was contracted to play Bodie, but when he said wasn't prepared to carry a teddy bear in the pilot episode he was fired. (He learnt from this experience and didn't make the same mistake in his next audition).

The series was often criticized for its high levels of violence and political incorrectness, but as this was the 70s no one actually cared if peoples bones or feelings were hurt. 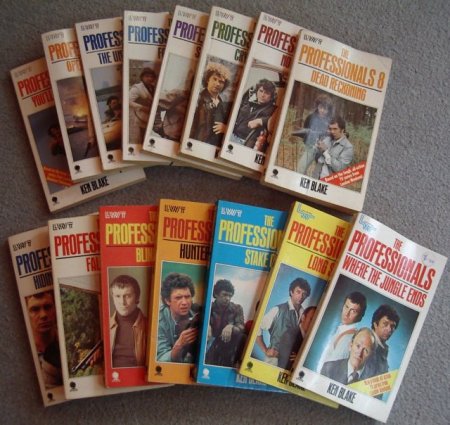 A series of 15 Novelizations was released along site the series, written by Kenneth Bulmer under the pen name Ken Blake. They are short and easy reads of certain episodes.

mark-1.co.uk - The only other site on the series that you need.