It's so Last Century » Lounge » Television Shows » Man From Atlantis 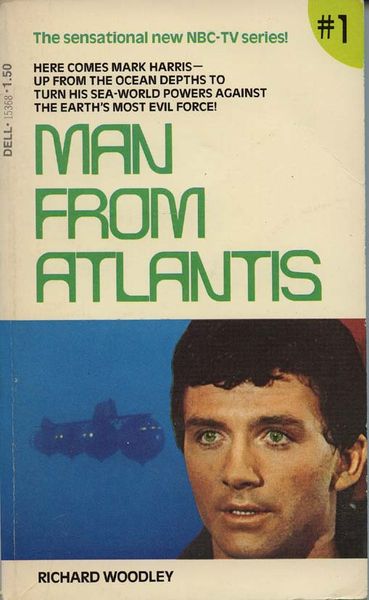 A great show from the 1970's that starred Patrick Duffy as a guy who is washed up on a beach and was very very ill. None of the medical staff can help, but Dr. Elizabeth Merrill (Belinda Montgomery), a marine biologist, deduces that his webbed hands can only mean that the best treatment is to throw him in the hospital's ornamental fountain. While the general theory is that he is the last survivor from the lost civilization of Atlantis, there are hints in one episode that he might be an alien. His ability to breathe underwater and withstand extreme depth pressures make him a prime candidate to help a secret government organization solve water based mysteries. Part way through the series Patrick Duffey's character got promoted to captain of a futuristic submarine, the Cetacean, and the show became Star Trek under water. Soon after he drove his submarine right through a school of sharks.

The cultural impact of the series was huge, with kids all over the world trying to imitate Patrick Duffy's porpoise-like swimming. Very few came close to looking as cool as Patrick Duffy did. May fans of the show have claimed the infamous Dallas shower scene counts as across over between the two series.