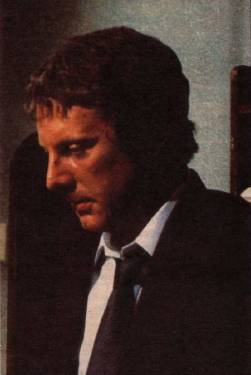 The Marksman begins with the vicious murder of a 12-year-old boy, which precipitates a landslide of tragedy, retribution and revenge over the course of three episodes.

When Gordon Weaver is found dead in the wastelands of Liverpool, his grandfather, Doyle, sends for the boy's father. Weaver is a professional criminal living in Spain, but he returns to Britain to find his son's killers, and to become the marksman.

If that fairly bleak description doesn't sound like your style, then you might like to know that The Marksman does have an attraction beyond its intricate, violent, plot-line. Its name is David Threlfall.

Threlfall plays Weaver but you may remember him as the ghastly Tory MP Leslie Titmuss in John Mortimer's Paradise Postponed. Before that he gave a virtuoso performance as Smike, in the Royal Shakespeare Company's production of Nicholas Nickleby. 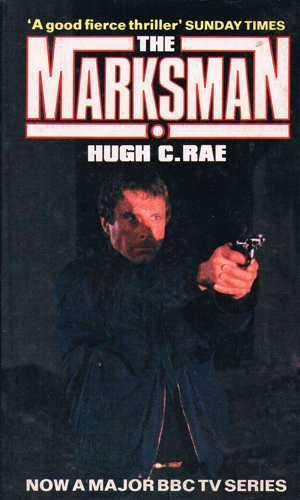 ''Good acting is like playing good Jazz,'' Threlfall told the Radio Times, and he should know. Threlfall is a northern lad from Manchester who did a spell at art school before settling down to learn acting at the Manchester Polytechnic. He cares about his origins but fights vigourously against being simply slotted into roles that reflect his background. ''A certain producer once turned me down for two roles because I was northern working-class. Just because this is the case it doesn't mean I shouldn't be playing, say, an Oxford don.''

No one who saw Threlfall playing Smike could disagree. ''Smike was emotionally beaten down, crushed and crippled. One or two psychiatrists said they were amazed how I got that character right. It's odd, it's one of the roles that came almost instinctively.'' Laater, Threlfall was playing Oedipus in Sophocles's Oedipus the King and Oedipus at Colonus. Roles of violence and tragedy do seem to attract the 34-year-old actor.

So how does he feel about the latest one? ''I had an open door to anger when playing Weaver,'' says Threlfall. The Marksman is ' ''a revenge drama in quite a classical sense'' 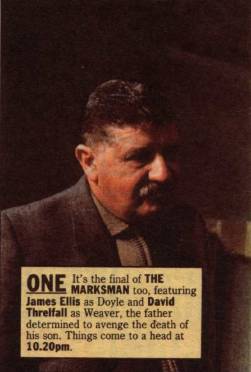 David Threlfall was unforgettable as slimy opportunist Leslie Titmuss in John Mortimer's Paradise Postponed, but you'll hardly recognise him in the new BBC thriller The Marksman. Threlfall is one of those chameleon actors who seem to disappear into each part they play. This time he is professional criminal Gordon Weaver, whose sunny retirement in Spain is brutally interrupted when his 12-year-old son. is murdered in Liverpool. Weaver returns to his native city to find and execute the killers.

The Marksman, also starring James Ellis and Leslie Ash, is superficially a whodunnit, but it has a touch almost of Greek tragedy. ''It is a revenge drama in quite a classical sense,'' says Threlfall. ''Principally it has to do with paying your dues. Man cannot escape from his destiny.'' 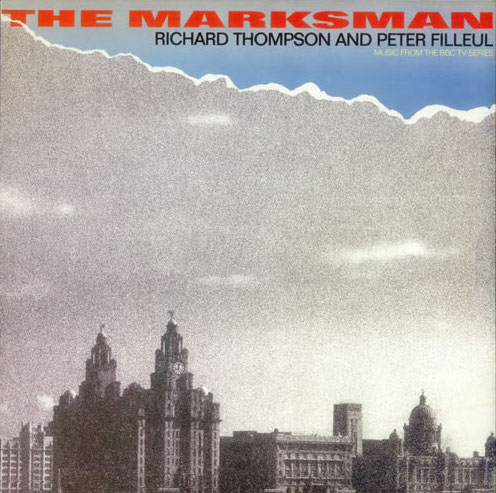 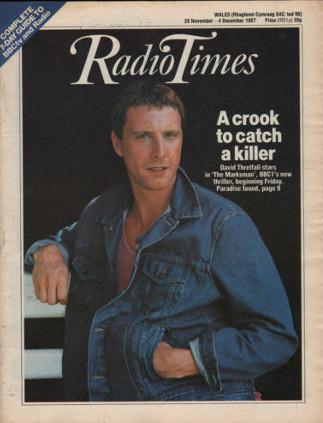 Was this made as a film for general release? Or was it purely for TV?