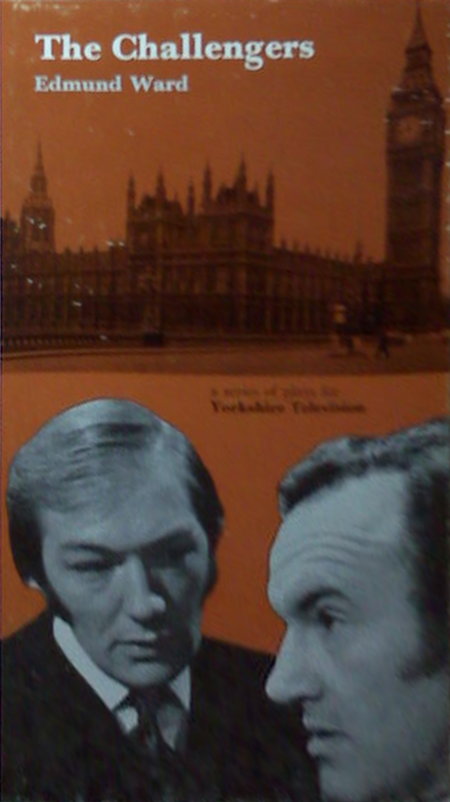 Starring Colin Blakely and Michael Gambon and directed by Marc Miller, The Challengers was transmitted on ITV in January and February of 1972. A series of plays about two Members of Parliament-one Labour, one Conservative--it deals not only with their lives in the House of Commons, the grime in the wainscots of the corridors of power. It deals with constituency life, the problems an MP must face in the community which elected him, for whom he is a mixture of God, scapegoat, collective voice, wielder of influence and someone to open a jumble sale.

What happens when these men catch the train to their constituency? How much must they justify their week's work, their income, their beliefs? What sort of favours are they asked, what sort of problems are they expected to resolve? How much will they dislike each other and why?

Who are the people surrounding them when the train stops 200 miles from Westminster? What is expected of a Member from his agent, the area officer of the Party, the local chairman, a town councillor, a desperate woman in tears at the fortnightly surgery? The Member has dealt in words all week and now he must take to action-if he can.

How much tax do MPs pay, how and where do they live, what is the price they put on public service, why did they undertake this service in the first place, are the achievements worth the effort? And in the self-questioning of the small but brilliant spotlight of the constituency, they must always be aware of the difference between the public and the private faces they wear.

The Challengers is about two men who must find answers to these questions within the context of their own hostility to each other's principles, in the setting of the town they serve, rival lions in an arena where their families and friends and supporters are involved spectators.

As television drama The Challengers was powerful and compelling. As a faithful portrayal of the political realities, Chris Dunkley, Communications Correspondent of The Times has this to say in one of the four commentaries to the scripts: 'When a dramatist such as Edmund Ward renders his version of the fact (albeit via the medium of "fiction") he can select and portray events with a degree of control forever denied to the maker of pure documentaries who may run out of film-or sneeze-and miss for all time a crucial sequence. The dramatist simply reloads and reshoots.' Additional comment is supplied by Ian Aitken, Political Correspondent of the Guardian, the Rt Hon. Roy Mason MP and Chairman of the Yorkshire Group of Labour MPs, and Sir Donald Kaberry MP and Chairman of the Yorkshire Group of Conservative MPs.

Some Press opinions of The Challengers:

The Challengers lifts the lid off constituency politics. .. Edmund Ward showed an admirable familiarity with his subject, local party politics ... And the sets, the party faithfuls, and the bitchiness were all delightfully accurate .. .' The Times

The Challengers seems to be gaming in stature as the weeks go by ... crisp, fast-moving, efficient ... ' Daily Telegraph

'This gutsy series has scored by concentrating on plausible political situations ... Edmund Ward's engrossing and impres¬sively researched new drama series for YTV sets out to unmask the private face of the men who run a country for a living ... ' Evening Standard

'One must admire Edmund Ward for risking a series about politician ... It says much for Ward's skill that I found the activities of politician and the subtleties of random canvass and variables in the grid clever and exciting.' Guardian

The Production Team Was As Follows:

The scripts were published in book form:

Play 1 The tomorrow business
Play 2 Who's been eating my porridge?
Play 3 History doesn't pay the rent
Play 4 Whose law? Whose order?
Play 5 The salesmen
Play 6 What about England?
'Member of Parliament' by the Rt Hon. Roy Mason, MP for Barnsley
'Trust the People' by Sir Donald Kaberry Bt, MP for Leeds North-West
'Creative Reality' by Chris Dunkley, Communications Reporter, The Times
'Lobby Correspondent' by Ian Aitken, Political Correspondent, The Guardian 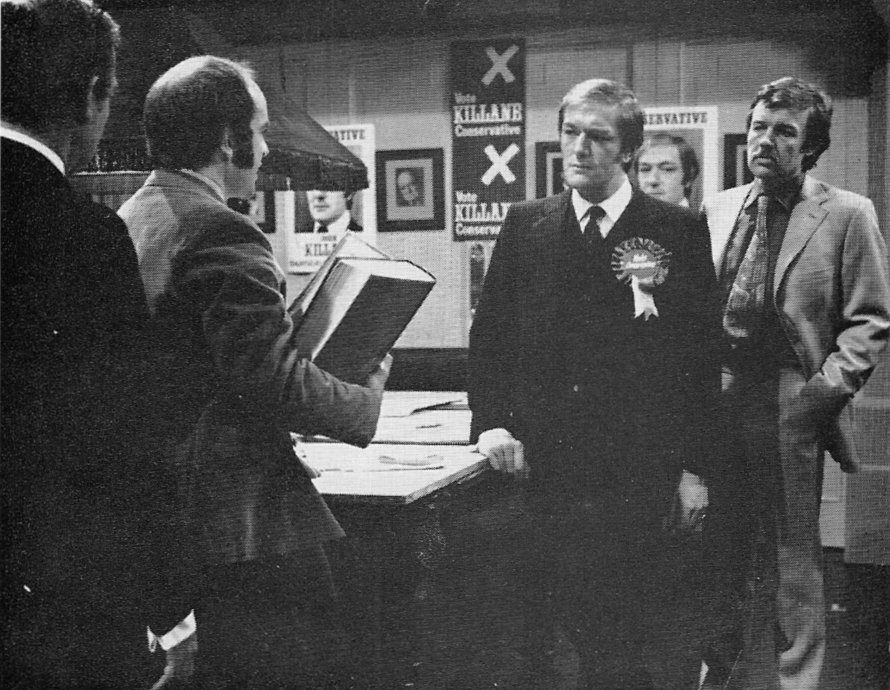 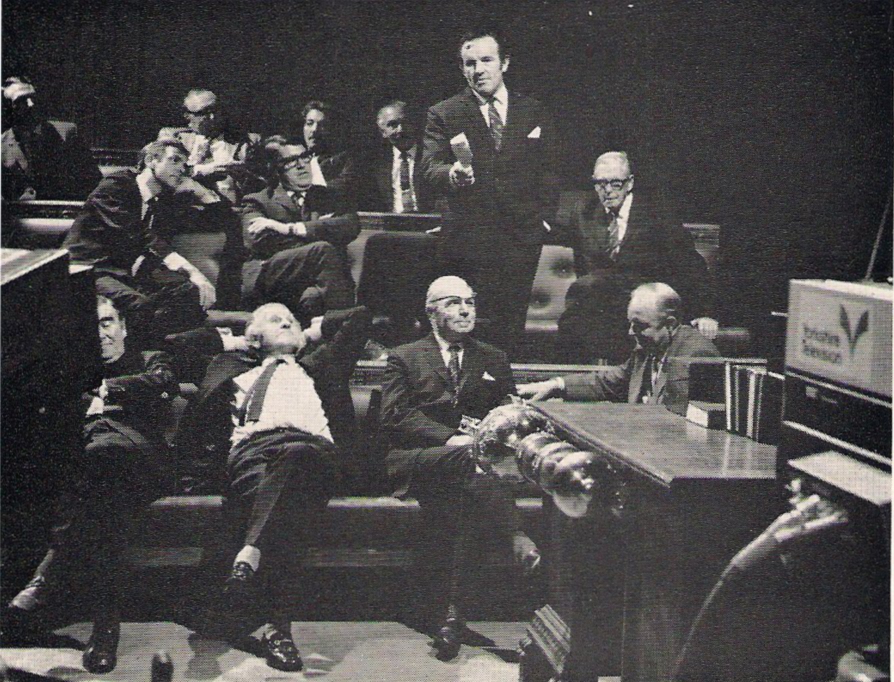 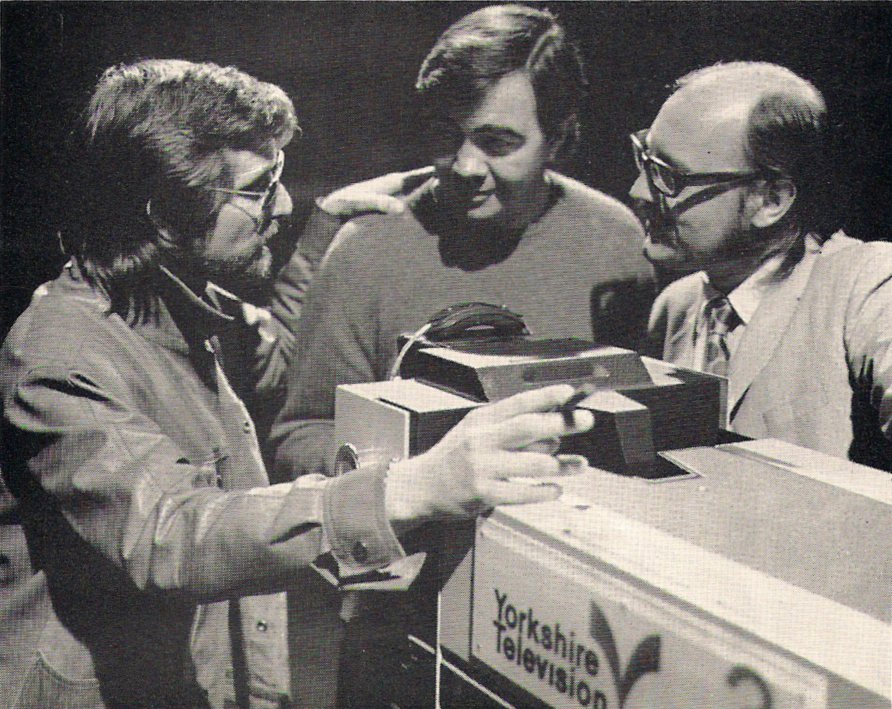