It's so Last Century » Lounge » Television Shows » Mogul AKA The Troubleshooters 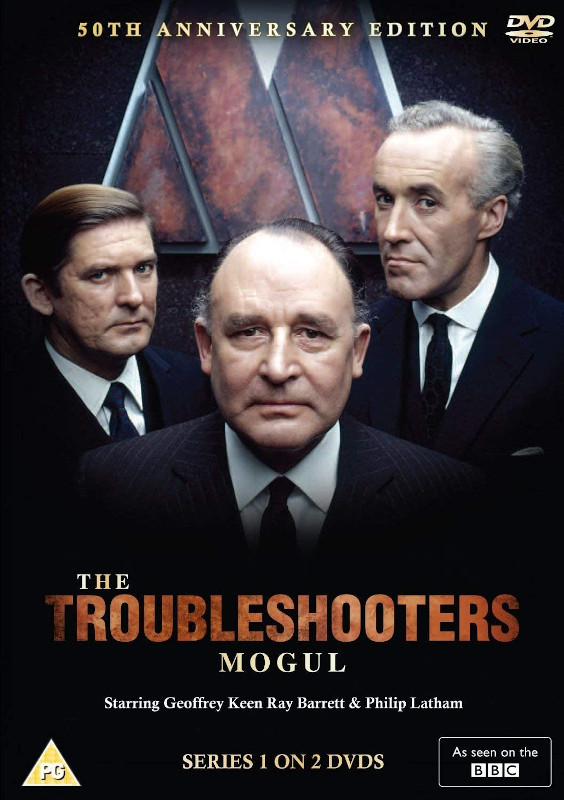 PR material tells us this was one of the most successful drama series shown by the BBC in the 1960s/1970s with a huge worldwide audience. Broadcast for over 7 years and 130 episodes. The Troubleshooters (aka Mogul) portrayed the boardroom battles and frontline dangers of a fictional British oil company, Mogul Oil.

The drama of big business - already the basic ingredient of The Power Game is carried into the oil industry in a series of recent (1967) origin on your screen Mogul. Produced by the BBC, and originally screened in Britain under the name, The Troubleshootors, it brings to the screen all the ruthlessness, all the skill, and all the triumphs of the tycoons of industry. In many aspects of its presentation it sticks fairly close to fact . . . even the oil industry itself has been consulted so that the TV counterpart presents a picture as factually correct as can be achieved. These, then, are some of the people starring in the series - or some you will meet in forthcoming episodes of it.