Decades before that Johnny-come-lately Fox Mulder came on the scene, David Vincent was trying to warn us about them. We should have listened...

Cashing in on a "fascinating" Idea 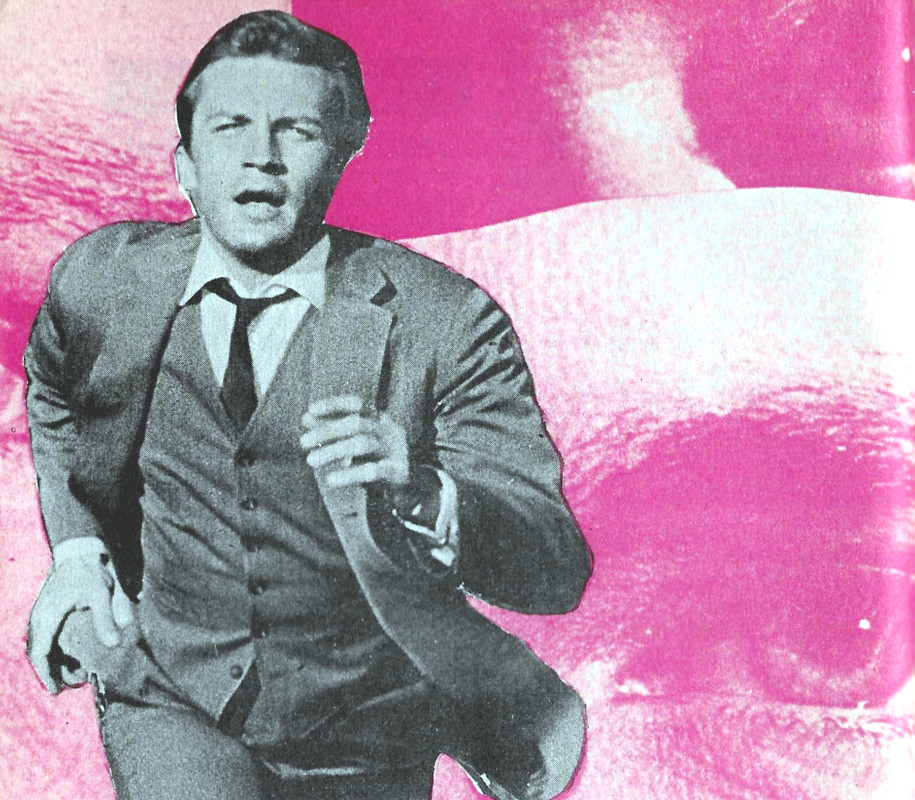 This Colonel, see, he has this beautiful wife, and every time The starts to make love to her, he can't remember a thing. Wakes up with a terrible headache.

I feel like someone's been inside my brain, he moans, rubbing his head.

His wife smiles seductively-she's been draining his brain of top secret information with a little machine she has.

I'll give you something to sleep, she says, handing him a glass of water and a couple of pills that look like aspirin but are really knock-out pills. She kisses him tenderly, and holds him to her bosom. He falls asleep, without seeming to notice one thing.

That's part of a typical Invaders episode. If it's a little hard to believe, it doesn't matter, because people are strangely-devoted fans of the science- fiction series about people from another planet who are trying to take over the earth and enslave all of us.

Each week, Roy Thinnes plays David Vincent, architect, who is trying desperately to get the people on earth to wake up and realise just how much danger they're in.

The gimmick is this, says Bob Wright, a TV executive with the series. Everybody is interested in Unidentified Flying Objects and strange, scary people from another planet who may be stronger and more evil than we are.

But the series is not based on the monumental pile of literature on the possibility of flying saucers with people from another planet, he explains. I suppose you might say we're just cashing in on that idea. It's a fascinating one. After all, no one really knows anything about flying saucers or beings from another planet. The telephone seemed pretty peculiar once, too.

Now in its second hold-your-breath year in America, the series began with David Vincent, an American architect, driving home late one night. He took a wrong turn down a country lane. During the night-he decided to sleep in his car and Wait until morning to find his way-he saw The Invaders land.

Ever since, Vincent has been trying to get people to believe he saw what he saw. But not a soul will give him a particle of credence. They look at him with a you're-a-nut look. He's grown quite used to it. But he keeps on with his crusade-every week, for 30 or so weeks per year.

David Vincent will not give up, give an inch or give in. They are here, and he intends to save the earth from destruction.

We make sure the audience knows right away who the aliens are, says Wright. It may take Vincent some time to smoke them out. But we prefer actors playing aliens to have a b1ank,emotionless, staring look about them.

Otherwise you can't tell them from other people-those of us with hearts.

In various episodes, aliens have appeared in the form of beautiful girls, a nun, a negro. All episodes are based on a key human figure (aside from, David Vincent) and a key alien figure, says Wright.

How does David Vincent-or Roy Thinnes--tell if it's an alien?

I have certain clues, says Thinnes, who never smiles much on the show, but smiles amiably most of the time, in person. Sometimes their hands have one little finger which sticks out at a funny angle. When they're cut they don't bleed. And they begin to glow when their electronic machinery breaks down- or starts to break down.

And when they're in a really tight spot and have to die, they take a pill which burns them up. It makes quite a bright glow on colour TV.

In one episode I did, recalls Thinnes, I have this friend in a sanitorium who's gone crazy. I think there's an alien around, but I can't find him. Then I see one of the hospital guards being chased by a dog. When the dog bites the guard on the leg, he doesn't bleed. That's how I know.

The actors who are cast as aliens are sometimes well-known like Pat Hingle of TV, movie and Broadway fame, or complete unknowns. We don't choose any particular type, says Wright. They just have to get that blank look on their faces. Or sometimes a look of evangelism. They are also required to open their eye- balls a bit to stare. Often we've used the same person over and over again, with different make-up.

They dress and look just like us, you know, he says. He's been working on the show so long, he sounds like he's beginning to believe every minute of it. Does he? Some- times I wonder about my friends, he replied.

Thinnes doesn't have such problems. He's well aware that it's just a good role.

But he qualifies as an intense young man himself, which is why he enjoys playing the intense, young character of David Vincent.

I wouldn't say I'm like David Vincent, he says. I am not as driven, although things bother me and I hate trivial concerns. But basically I have a better sense of humour than David.

Thinnes, whose name rhymes with that famous ale, Guinness, has a serious, sculptured face, and light eyes with that indeterminate colour blonde-brown hair. He looks intelli- gent, which is part of the reason he is believable as Vincent.

This is a tough show to write, says Thinnes, because even though these aliens are supposed to be more technologically advanced, I have to win out at the end of every episode. I have to be more skilled than they, cerebrally.

Let's just say that sometimes the watching audience just can't think about it too seriously-or obvious problems of credibility are going to crop up. Problems like:

Why are the aliens waiting so long to take over earth?

Why don't the survivors of alien terror talk to the authorities? _

Why doesn't Vincent take them to the police to tell their story?

Why won't anyone at all ever believe him?

I admit all that, says Thinnes, but you know what? Right now, I'm a lot more disturbed about the war in Vietnam.

The earlier TV show featuring Roy Thinnes seen on all New Zealand channels was The Long, Hot Summer-a far cry from his current attraction as the desperate David Vincent of The Invaders. Pictured with him in this scene from the now-defunct Long, Hot Summer, are Dan O'Herlihy (Will Varner) and Ruth Roman (Minnie Littlejohn).