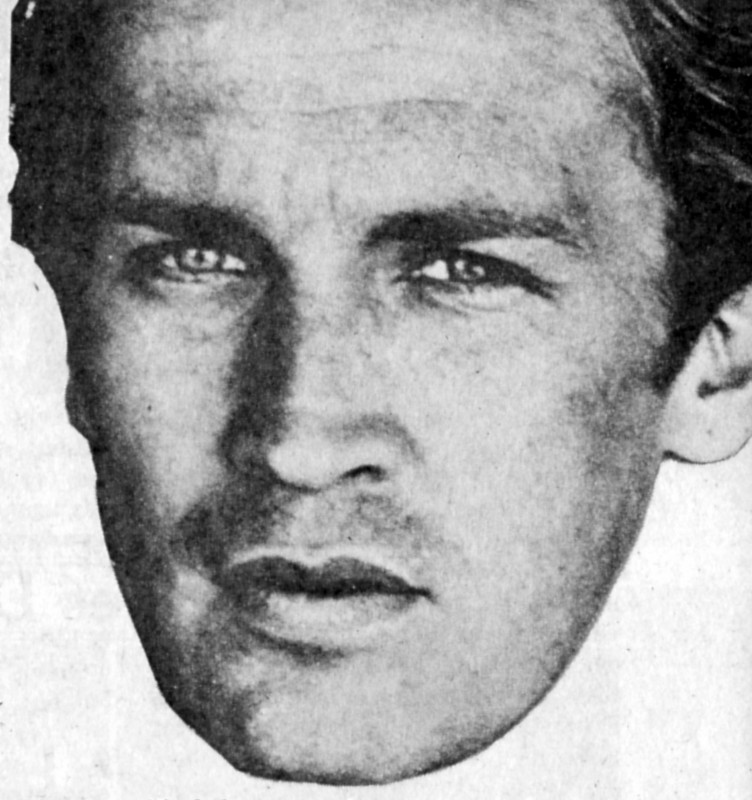 Roy Thinnes, a 31-year old actor is a longstanding favourite with the small screen audiences

As David Vincent, the architect who kept seeing creatures wandeing around in the forms of humans in TV's Invaders series, 31-year-old actor, Roy Thinnes, won himself a host of fans in New Zealand.

Thinnes, who had earlier made his name here as Ben Quick in the 20th Century-Fox series, The Long Hot Summer, is also a long-standing favourite with American audiences. Apart from guest-starring roles in such productions as Gunsmoke, 12 0'Clock High (in which he appeared with Robert Lansing), and The F.B.I., Thinnes established his reputation as a competent performer in General Hospital, a late-night medical series on America TV screens.

Thinnes was born in Chicago on April 3, 1938, attending primary and high schools there, but later studying at the Los Angeles City College, California. Five years ago, he was discharged after Army service with the Military Police.

Hopes of becoming a big-time football hero were dashed when he broke both ankles during training at Amunsden High School so, to win a wager, he auditioned for the Chicago Board of Education's Radio and TV Workshop - and was accepted.

From here on, he decided to concentrate on learning the finer points of acting. Since I was artistically inclined I felt I should select a single trade that would provide a means of expression and, of course, offer the possibility of great wealth, he says, with a smile.

His first break as a professional actor came in Chicago in 1957 when he was cast as a juvenile arsonist in a pilot film for a TV series. However, the series options were never taken up, but Thinnes did gain a lead role in one play featured in the DuPont Theatre series. On the strength of this experience, he moved to Hollywood to make a name for himself.

One of Thinnes' most rewarding hobbies is painting, and here he manifests considerable ability.. Not only this, but he composes and writes music, is an expert photographer, and has had several of his short stories pulblished. In his own home in Beverly Hills, he not only decorated the interior, but designed and built the furniture.

With all this ability, it seems he can't miss - even in Hollywood.