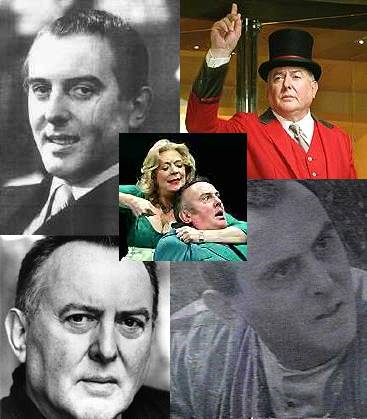 Clockwise from top left: Michael Attwell as Razor Eddie, Derek Crisp from the 2006 BBC dram Hotel Babylon, Bates from Dr Who: Attack of the Cybermen, 2004 Image. Center = Alison Steadman commits culinary crime on her husband, played by Michael in The Woman Who Cooked Her Husband

Actor Michael Attwell, who so memorably played Razor Eddie and many other characters during his career died in London 18 March 2006.

Check out a video of Michael singing and being interviewed about his work courtesy of Jake Attwell and YouTube: