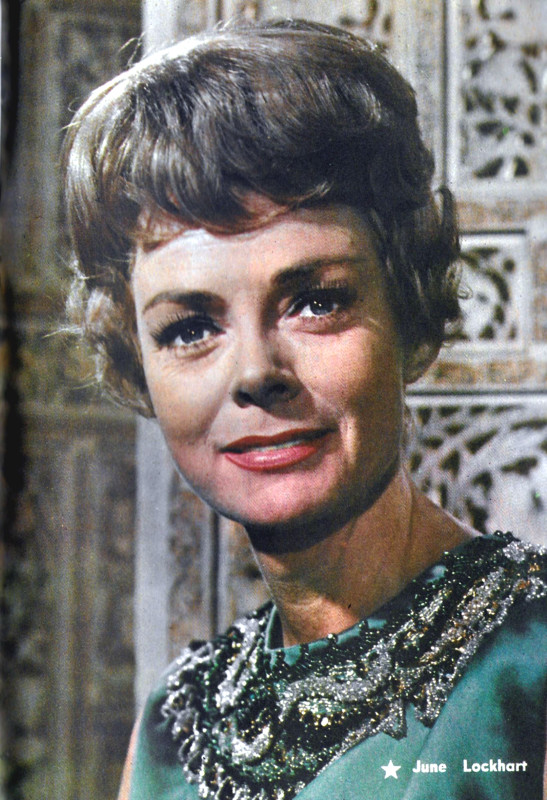 JUNE LOCKHART is a third generation Lockhart in the acting profession. Her father was Gene. Just the same, despite the acting tradition of her family, June didn't set-out to be an actress. She wanted to be a TV news reporter and often goes to trials and such, not out of morbid curiosity but because of her journalistic interests-rather in the way some frustrated firemen follow fire engines.

June first appeared on Broadway way back in 1947, but it was as the mother in the TV Lassie series that she really became widely known. This role, which June played for six years astonished all her friends who regarded her as a talented "nut," in no way resembling the staid mother she portrayed. But then her TV son outgrew his Lassie role, and so as Lassie went to new owners, June was out of the series too.

Nowadays June Lockhart has a complete change of pace and environment. She has cast away her down-to-earth, down-on-the-farm dresses for something a bit more adventurous as Guy Williams' wife in the Lost in Space series.