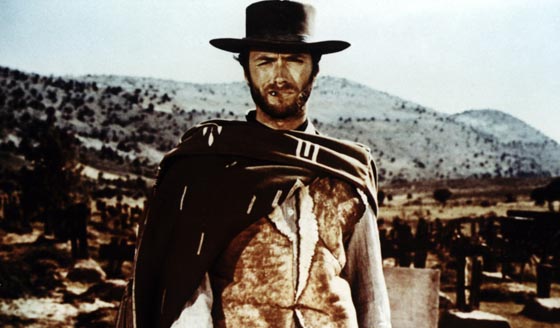 In the 1964 Clint Eastwood took the world by storm in the fantastic Sergio Leone film A Fistful of Dollars. Who couldn't love Eastwood's lanky yet imposing character the "Man with no Name" in this film and the two sequels, The Good, The Bad And The Ugly and For A Few Dollars More?

Leone reportedly took to Eastwood's distinctive style soon, and in Italian commented that I like Clint Eastwood because he has only two facial expressions: one with the hat, and one without it1. Then in 1971 we fell in love with Clint Eastwood all over again when he took on the tough, law enforcing leading role in Dirty Harry. Dirty Harry led to four sequels: Magnum Force (1973), The Enforcer (1976), Sudden Impact (1983), and The Dead Pool (1988). Clint Eastwood, we like it!