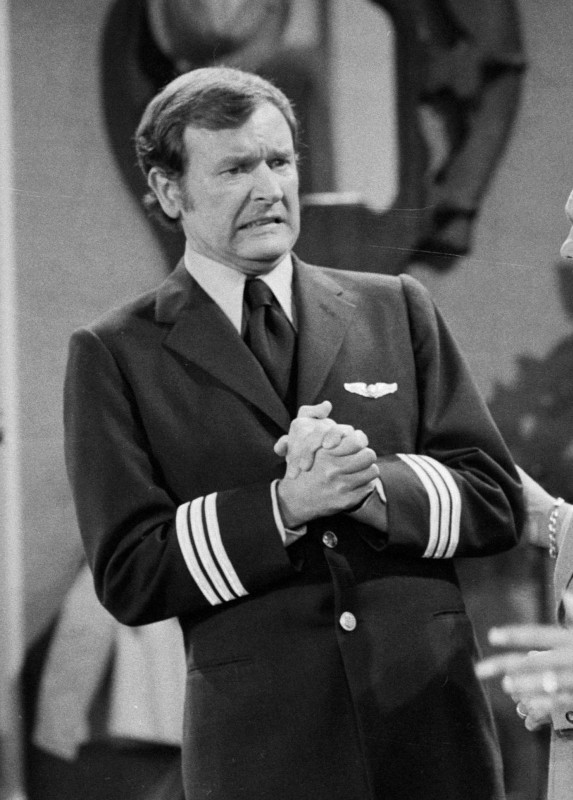 IT'S EQUALLY TRUE to say that Bill Daily had been in two pilot series and a pilot in two series - he was Howard Bordon, an airline pilot, in The Bob Newhart Show and Major Roger Healey, an airforce pilot, in I Dream of Jeannie.

Bill Daily was born in Des Moines, Iowa. He went to school in Chicago, where he first started working as a musician, playing bass. Following two years in the army, he went back to Chicago to enter the Goodman Theatre College. After graduation, he was hired by NBC and worked his way up to a staff director. Daily then turned to writing, preparing comedy material for the Club 60 television show and soon after was appearing on the show in comedy sketches that he had written.

He was soon performing as a comedian in leading Chicago nightclubs, using that low-key type of comedy that he did so well in The Bob Newhart Show. After that he was spotted by Steve Allen who brought him to California to appear on his late-night talk show.

Acting roles on Bewitched and Farmer's Daughter followed. Then he was signed to co-star on I Dream of Jeannie, where he stayed for five years.

In the early 1970s, Bill Daily wrote more than 100 commercials, many of which won awards for their creativity and humour. He also did four one-hour special syndicated TV shows a year for a major toy manufacturer, Bill Daily's Hocus Pocus. As well, he maintained a fast pace doing game-show appearances because. he said, I want people to know me as Bill Daily, not the air force major from my I Dream of Jeannie days.