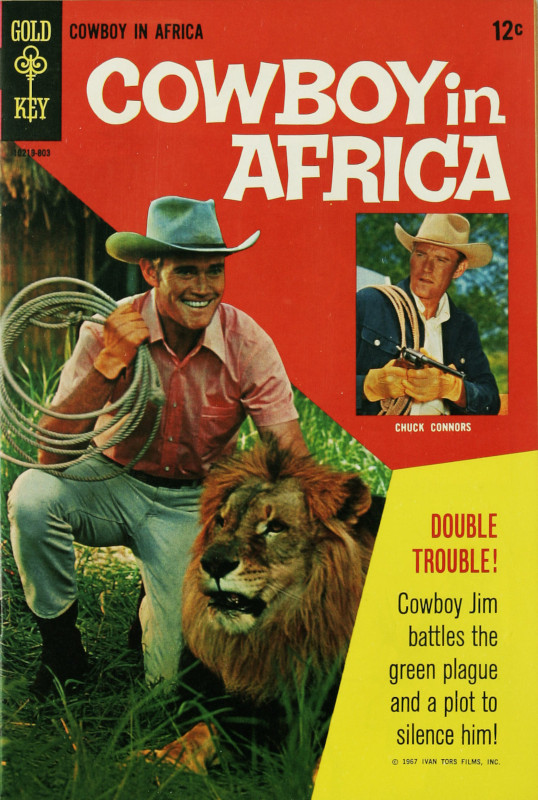 its 'Smart' to be an Actor

Seventeen years ago Americans labelled him as the Barrymore of Baseball but in the intervening years Chuck Connors has weathered some forty motion pictures, starred in four TV series and hundreds of Television plays to become the entertainment industry's top-rated Western hero. His latest epic Cowboy in Africa is currently keeping his New Zealand fans alerted to his abilities.

But Connors has never regretted turning his back on baseball. The lantern-jawed, 47-year-old actor is quick to admit: The day I left baseball was the day I really became smart.

One of the highest-paid actors on the Hollywood scene, Connors spends most of his time these days in his air-conditioned van, which is fitted out like a mobile home and, indeed, offers him some of the home comforts he misses while filming on location for the Cowboy in Africa series at either Soledad Canyon, some 50 miles north-east of Los Angeles, or at the Africa U.S.A. animal compound, which was once the home of the internationally acclaimed Daktari series.

Away from the cameras, he likes nothing better than to relax at his palatial home tucked away in a secluded area in the Santa Monica Mountains, near Los Angeles. His Wife, the former Kamala Devi, is the daughter of a Bombay surgeon, Dr Chandemal Amesur, and the couple first met when she, as a budding Hollywood actress, played his (Indian) wife in the motion picture, Geronimo.

His first marriage - to Canadian- born model, Betty Riddell - ended in divorce, but his four sons of that marriage still visit him on holidays and at weekends when he is free from his TV commitments. Recently, Connors and his second wife adopted Kamala's nephew, 15-year-old Christopher Molyneaux, who now lives with them.

Although a keen student of the American political scene, Connors denies that he has any intention of offering himself as a candidate. I'm definitely not interested in taking that step, he insists. Besides, I'm hopeful, confident you might almost say, that Cowboy in Africa will be running for at least another five years. And after that?-Well, who knows?