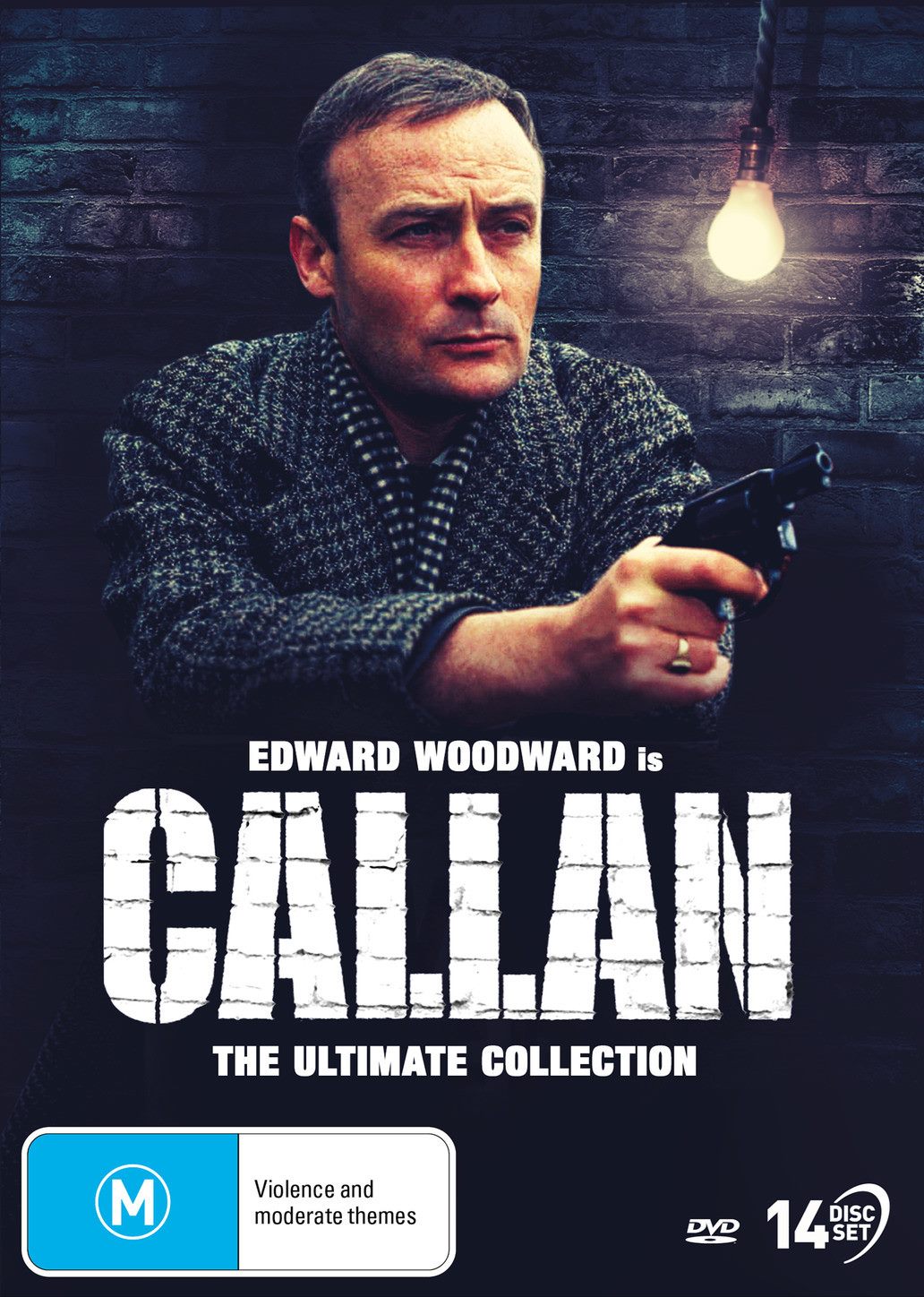 In 2011 Network listed but never released a compelete boxset for Callan, now 10 years later the Australian firm Madman has announced that in conjunction with Via Vision they will be releasing a similar product - Callan: The Ultimate Collection - on 16 December, 2021. This looks like the perfect set for folks coming to the show for the first time, and the new audio commentaries, recovered soundtrack, and archival images might even tempt those of us with the earlier dvd releases...

Edward Woodward gives an electrifying performance as a reluctant professional killer working for British Intelligence. Callan became a national phenomenon in the late 1960s, making Woodward one of the highest profile actors on television and paving the way to his eventual career in America on shows like The Equalizer.

Created by James Mitchell (When the Boat Comes In) and exploring the dingy, twilight world of the professional spy, Callan was the antithesis of James Bond (back in the days of Connery and Moore) and presented, until that point, television's most realistic portrayal of government espionage.

This Ultimate Collection contains the original Armchair Theatre pilot play - 'A Magnum for Schneider', all surviving episodes from Series 1 and 2, all episodes from Series 3 & 4 in the intended running order, the 1974 'Callan' feature film, and the 1981 television film Wet Job, which brought the saga to an end. 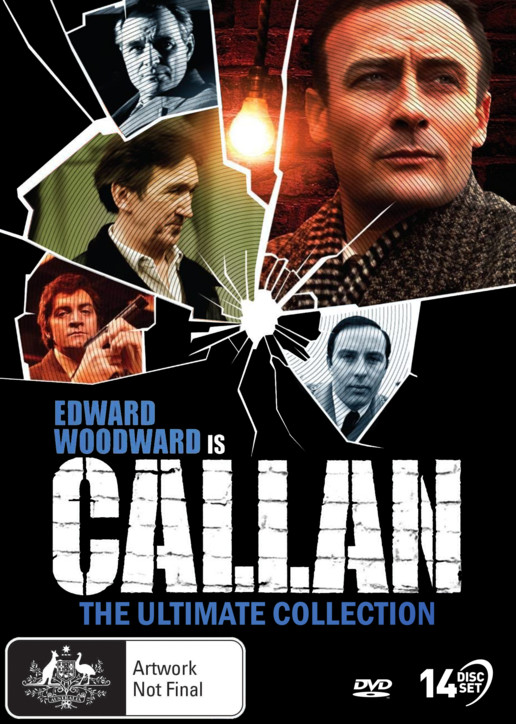 Also included is the feature-length documentary 'This Man Alone', 2 Audio Commentaries with Edward Woodward, both the re-edited and complete recordng block versions of episode 'The Worst Soldier I Ever Saw', the 1971 television special 'The Edward Woodward Hour', new Audio Commentaries by Robert Fairclough and Mike Kenwood - authors of the 'The Callan File: The Definitive Guide', and more... 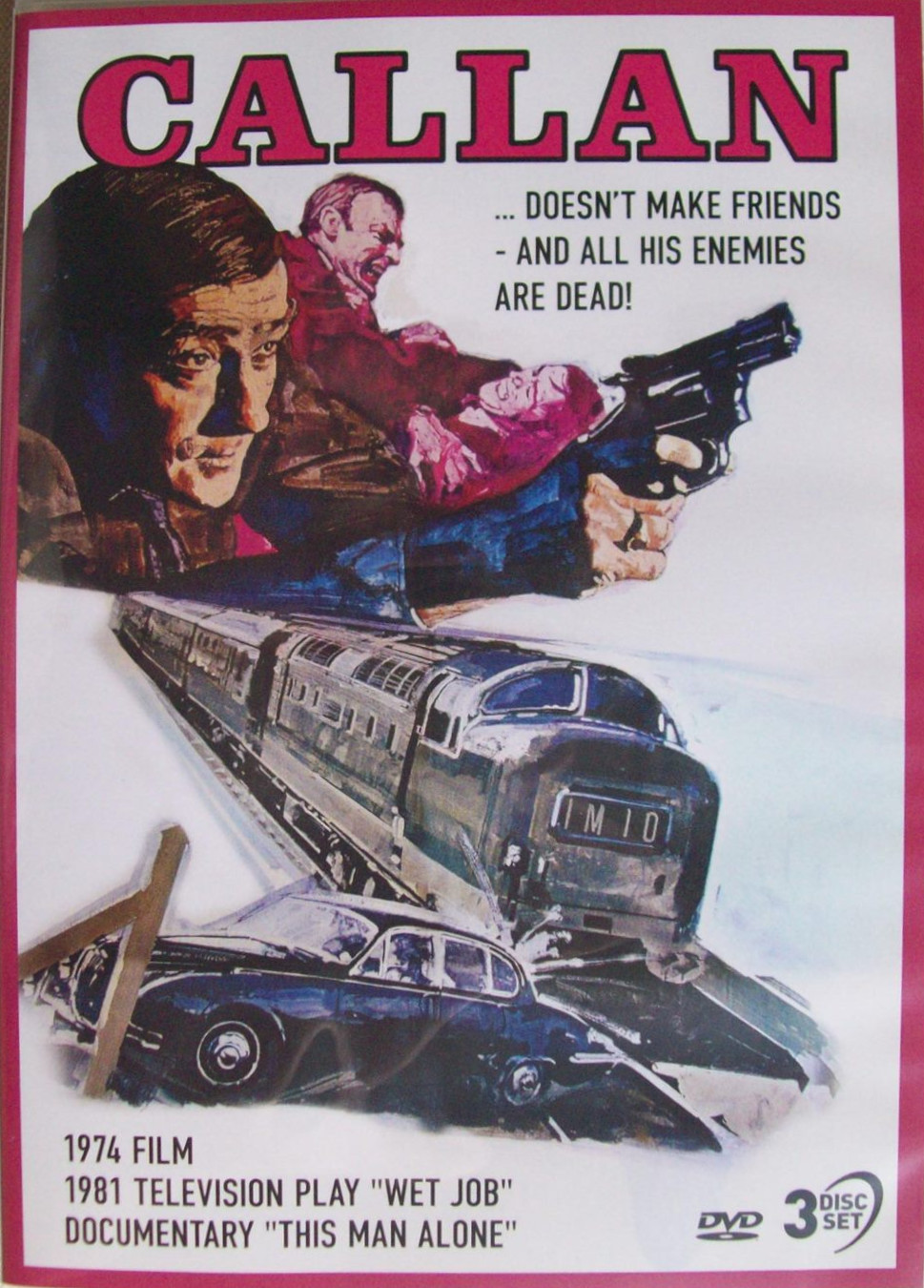 Disgraced former secret service agent David Callan is given an opportunity to redeem himself with one more liquidation. His assignment is to kill a businessman responsible for a number of bombings and gun running, but not everythin goes according to plan.

Callan grew from a cult favourite into one of Britain's most popular shows, featuring a remarkable portrayal by Edward Woodward. This feature-length documentary tells the story of the series' creation and development, its success on television and extended life in films and books. 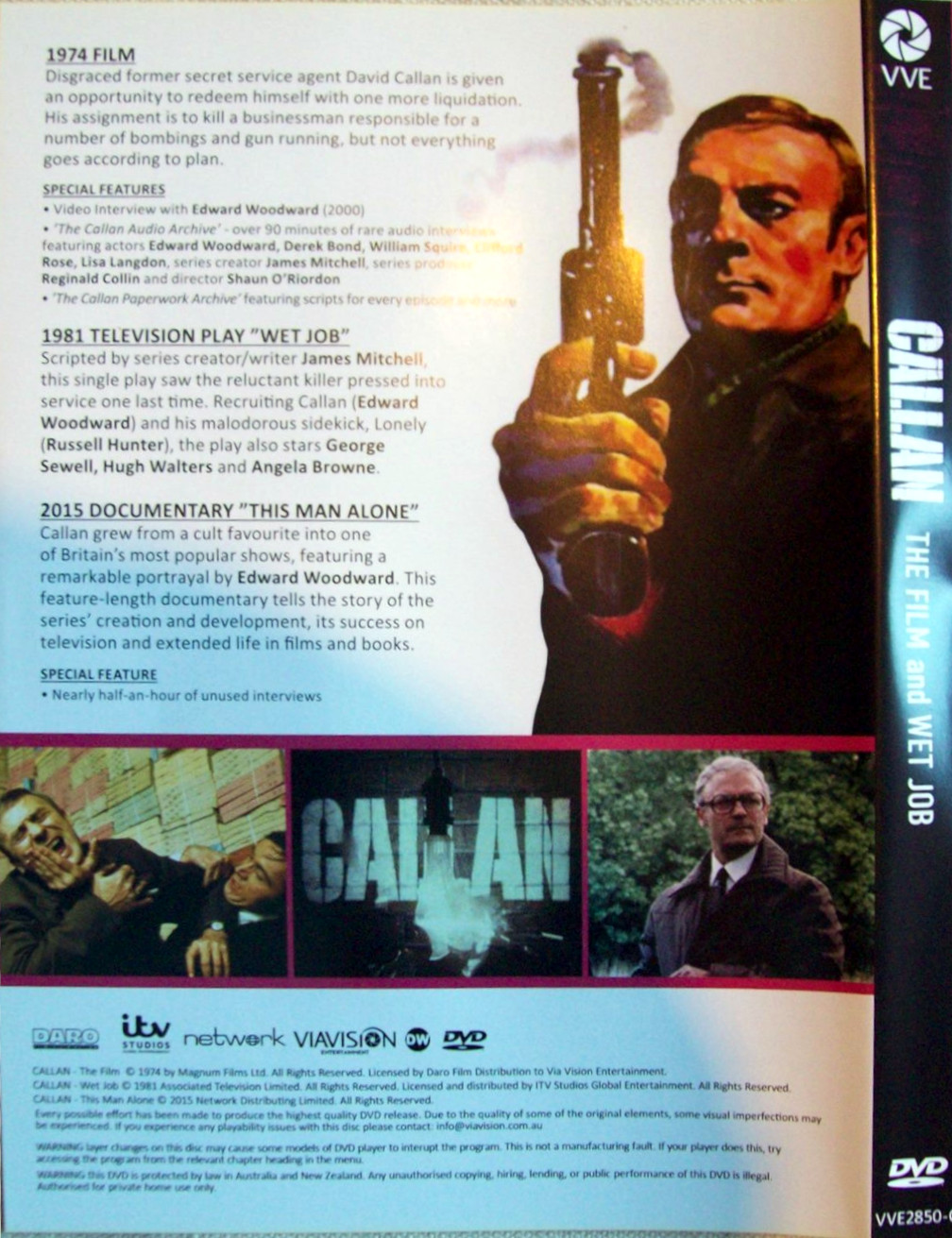