Though primarily known as a serious actor, drama was only one of the strings to Edward Woodward's bow. A significant proportion of his stage work included musicals and music-themed shows, gaining him a Variety Club award for the Best Performance in a Musical. Singing was undoubtedly one of the great loves of his life, and his strong tenor voice graced numerous best-selling albums - the enthusiasm for his work shining through. 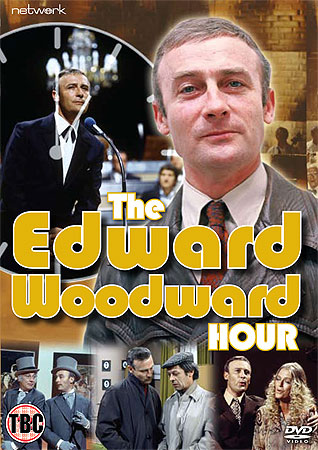 With the success of Callan, Woodward became a household name - this popularity giving him the chance to show his lighter side in three light entertainment specials for Thames Television in the early 1970s. Sadly only the first one still remains in the archive, but it showcases Woodward's whimsical side; jokes and music abound, while his guests in this show include Beryl Reid, Patrick Cargill and Russell Hunter. The highlight of the show for Callan fans, however, is the Callan vs Father, Dear Father sketch.

The original transmission master of The Edward Woodward Hour was junked back in the 1970s but an off-air video recording has survived. At one stage Network DVD announced it was to be released on DVD, mentioning in the pre-release notes that This has been restored as much as possible but Network warn those thinking of purchasing that they will notice a drop in picture quality compared to other programmes of this vintage. Then the title disappeared off their site and no one replied for requests for information and Daza figured it was a lost release... 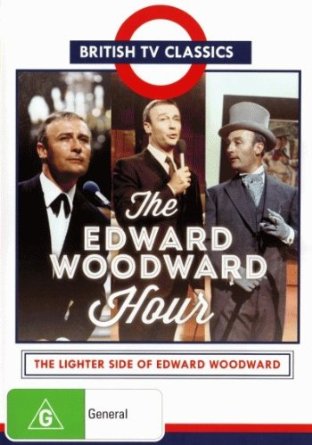 ...until some random web browsing uncovered the title in a new livery for sale on sites in Australia and Amazon UK.

Enid and I sat down to watch this show of an evening and I regret to say we found very little in it suggest to merited more than the three episodes that were made. Woodward does his best but he just never seems at ease with either the material or his role as a light entertainer. Woodward's singing has no life to it, and many of the comedy sketches seem like they might work at the start but really don't - an angry young man version of a Noel Coward play might have had a few thespians chuckling but it's a dead duck that goes on way too long.

Callan fans like myself will have been attracted by the Callan vs Father, Dear Father sketch but it's not as funny as the premise sounds and deserves it's own red file. The only mildly worthwhile sections of the show are the opening monologue in which Woodward recalls some anecdotes from his early career, and a chance to see Geoff Love and his Orchestra in action.

Potential buyers should approach this disc as a curious historical oddity only, which is unlikely to provide much in the way of entertainment. The episode is listed as an extra on the This Man Alone documentary and that's probably a better value for money way to get a copy.