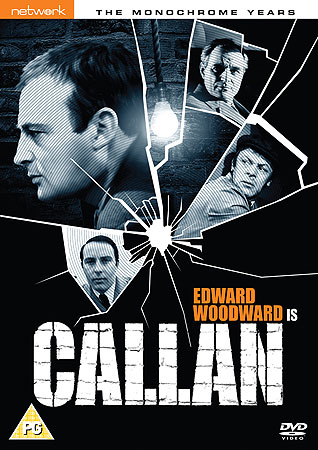 The late Edward Woodward (The Wicker Man) gives an electrifying performance as a reluctant professional killer working for British Intelligence in CALLAN THE MONOCHROME YEARS (PG), the drama that made him a household name and which won him a BAFTA award for Best Actor. Own this 4-disc collection on DVD for the first time on 22nd February 2010, RRP £39.99.

CALLAN became a national phenomenon in the late 1960s, making Woodward one of the highest profile actors on television and paving the way to his eventual career in America on shows like The Equalizer. Created by James Mitchell (When the Boat Comes In) and exploring the dingy, twilight world of the professional spy, Callan was the antithesis of James Bond (back in the days of Connery and Moore) and presented, until that point, television's most realistic portrayal of government espionage.

Multi award-winning Woodward adds a complex moral dimension to a non-traditional hero in the antithesis to the glossy spy movies of the sixties.

Callan the Monochrome Years (PG) is a Network DVD release

Long time friend of the site Anthony tells us that the Australia release of this set features just 5 episodes for some reason, and doesn't even include the Armchair Theatre pilot play. Hardly worth the effort really. 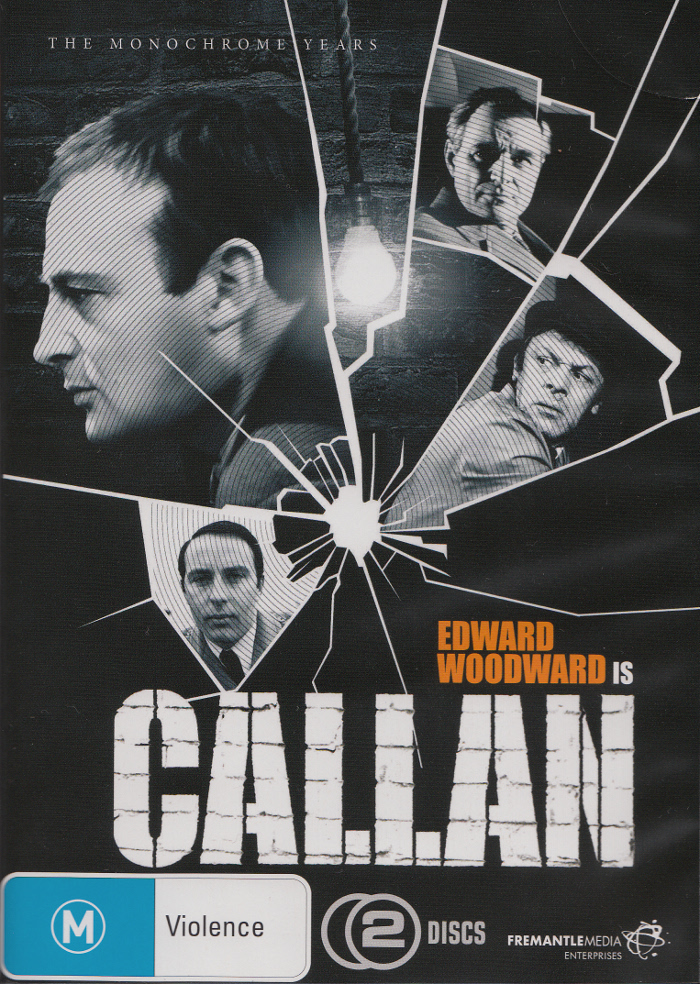 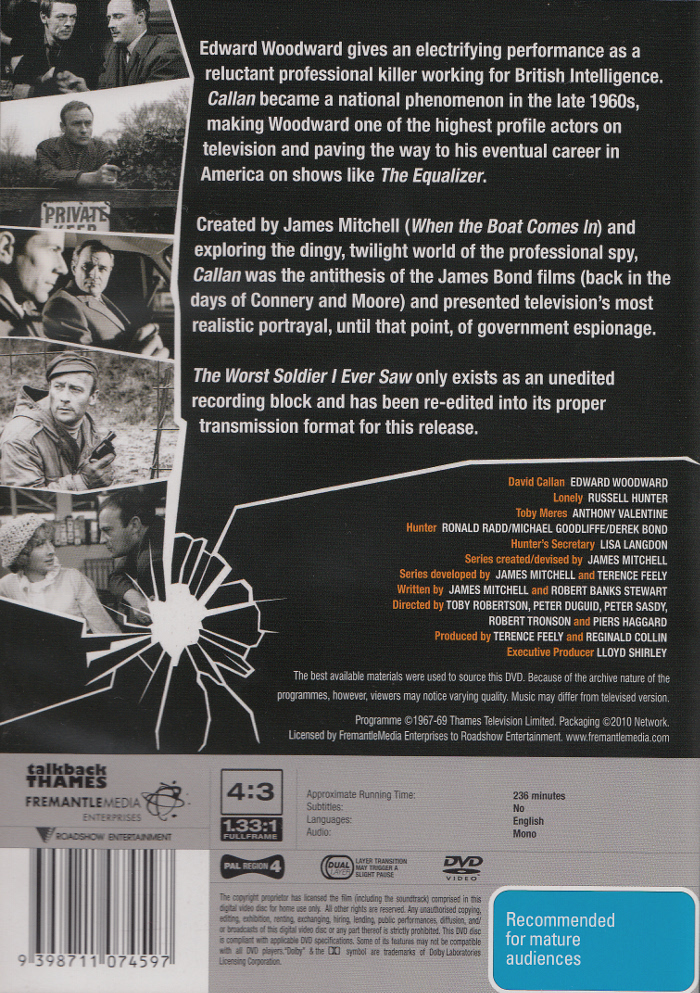