As far as we know there were no offically licensed toys based on the show produced, but fans have had a go at creating their own over the years. As these seem to have been either one offs or very limited editions they are very hard to track down. 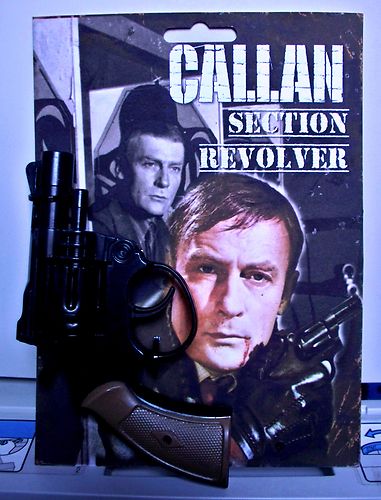 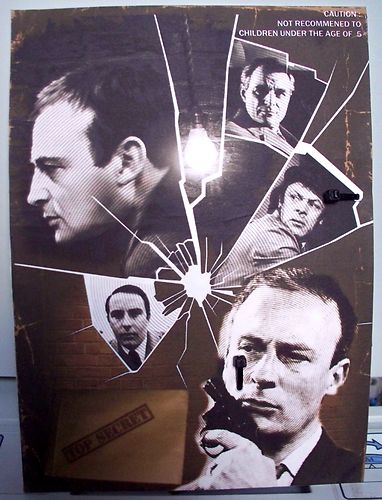 A nice one-off I found many years ago somewhere on the internet. 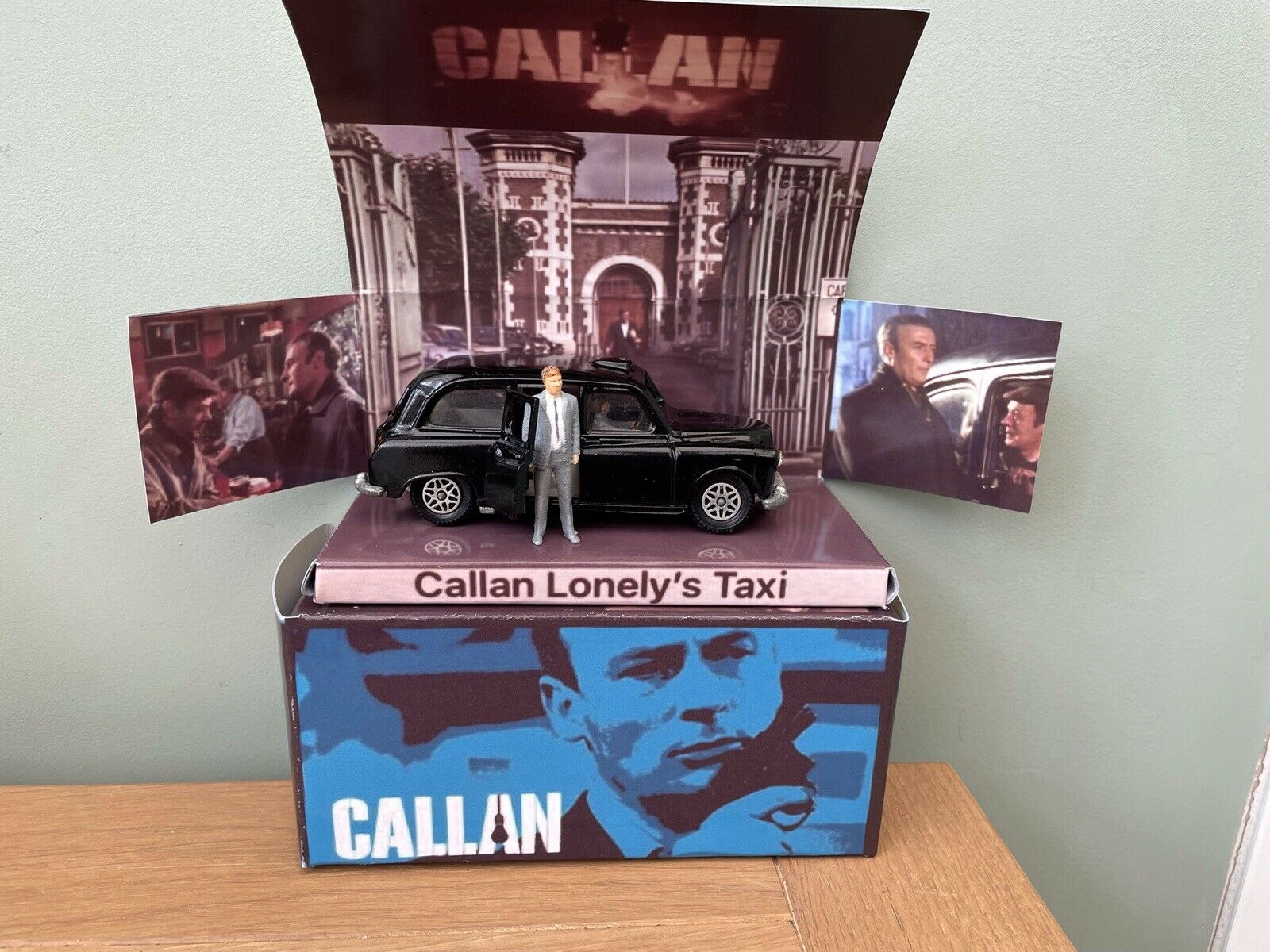 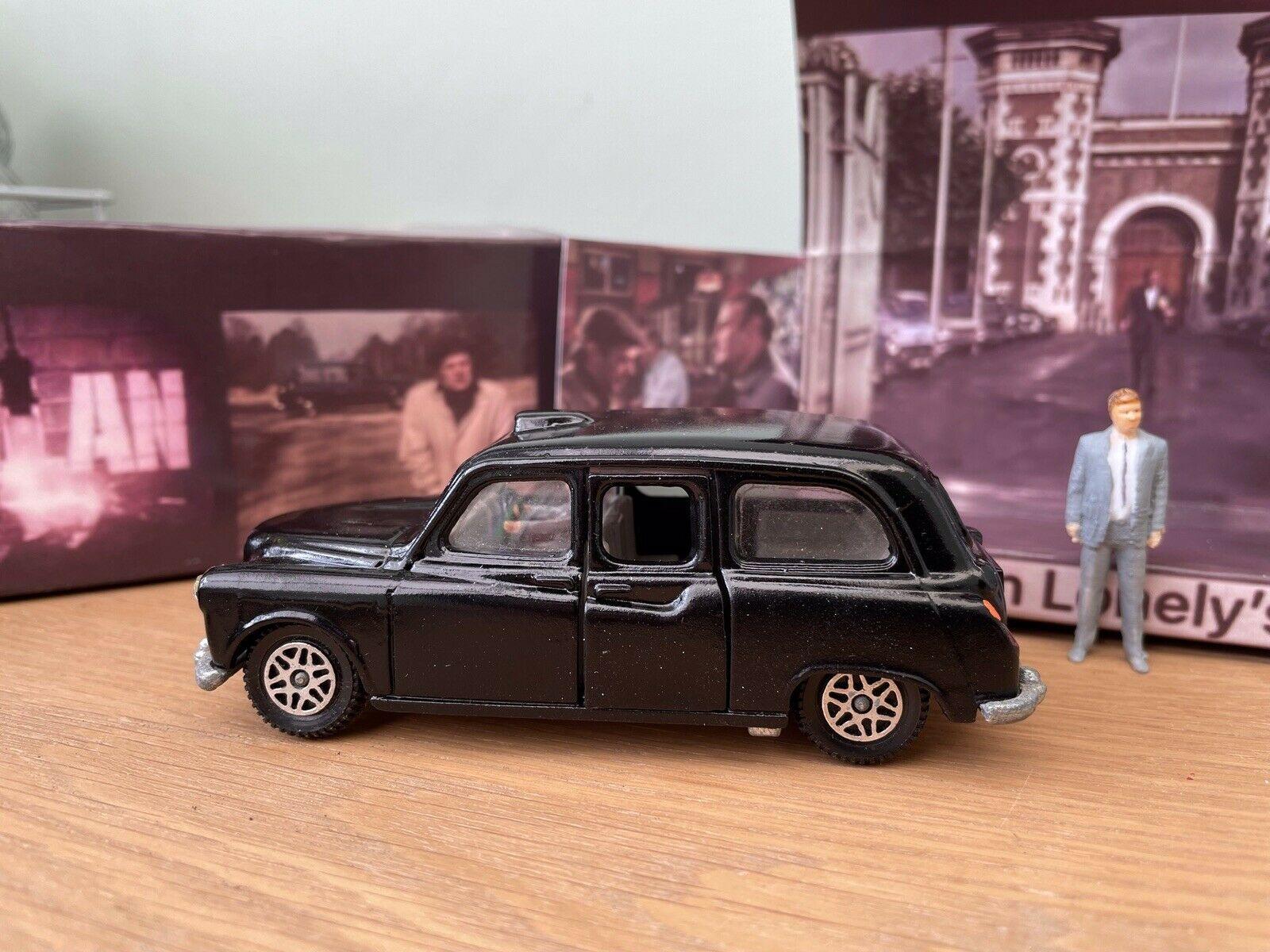 Described as a Code 3 Dinky black cab stripped and repainted with figure to represent the car from cult tv series, it come with a bespoke box for display, this showed up on ebay in 2021 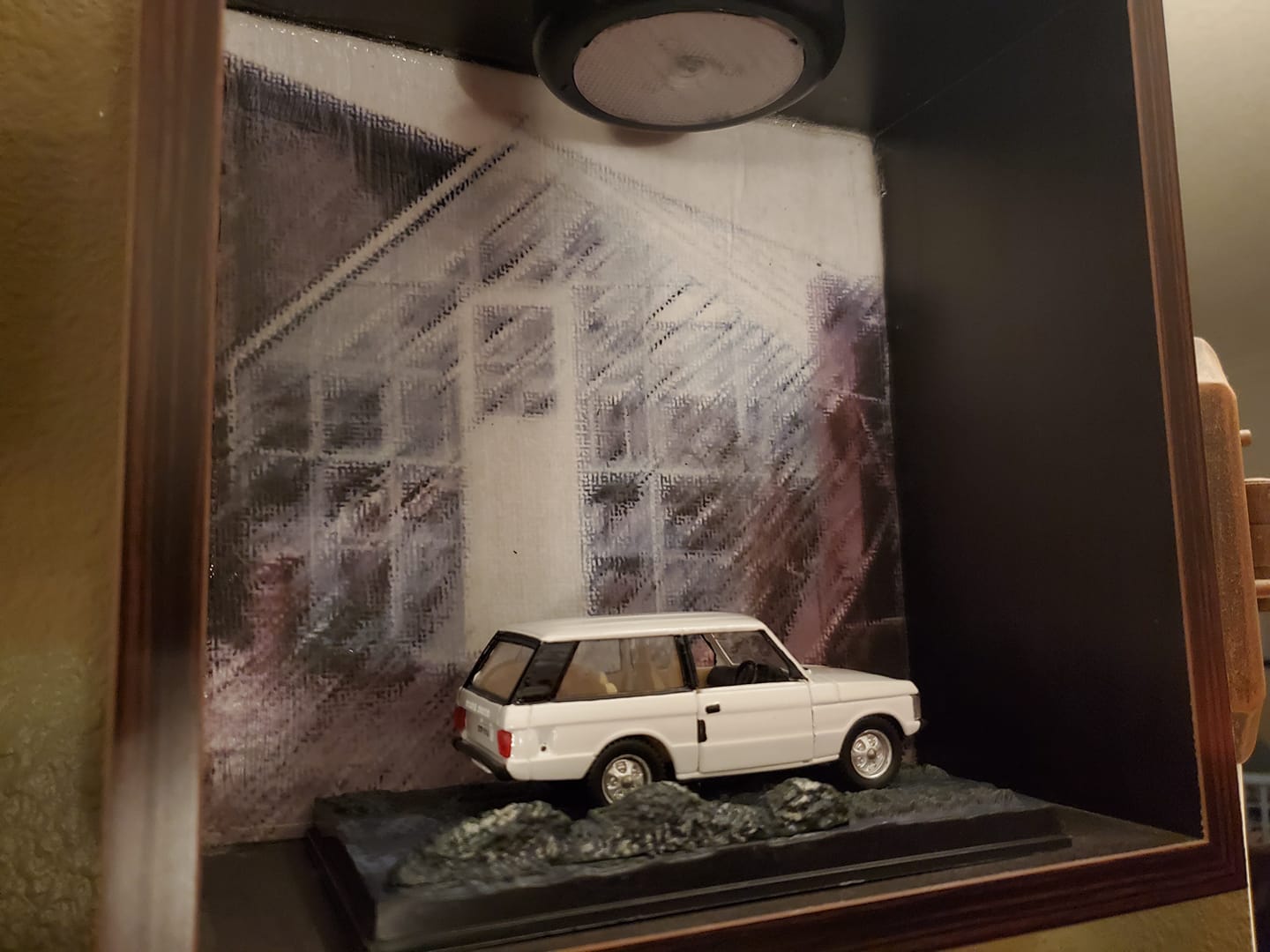 Diane Graebner picked up this model of the Range Rover driven by Callan in the movie online. It was sold as Callan related. She made the frame to dispay it in. See it below with the Lonely's Cab model she got at the same time, along with a great hanging bulb diorama which I think she may have made herself. 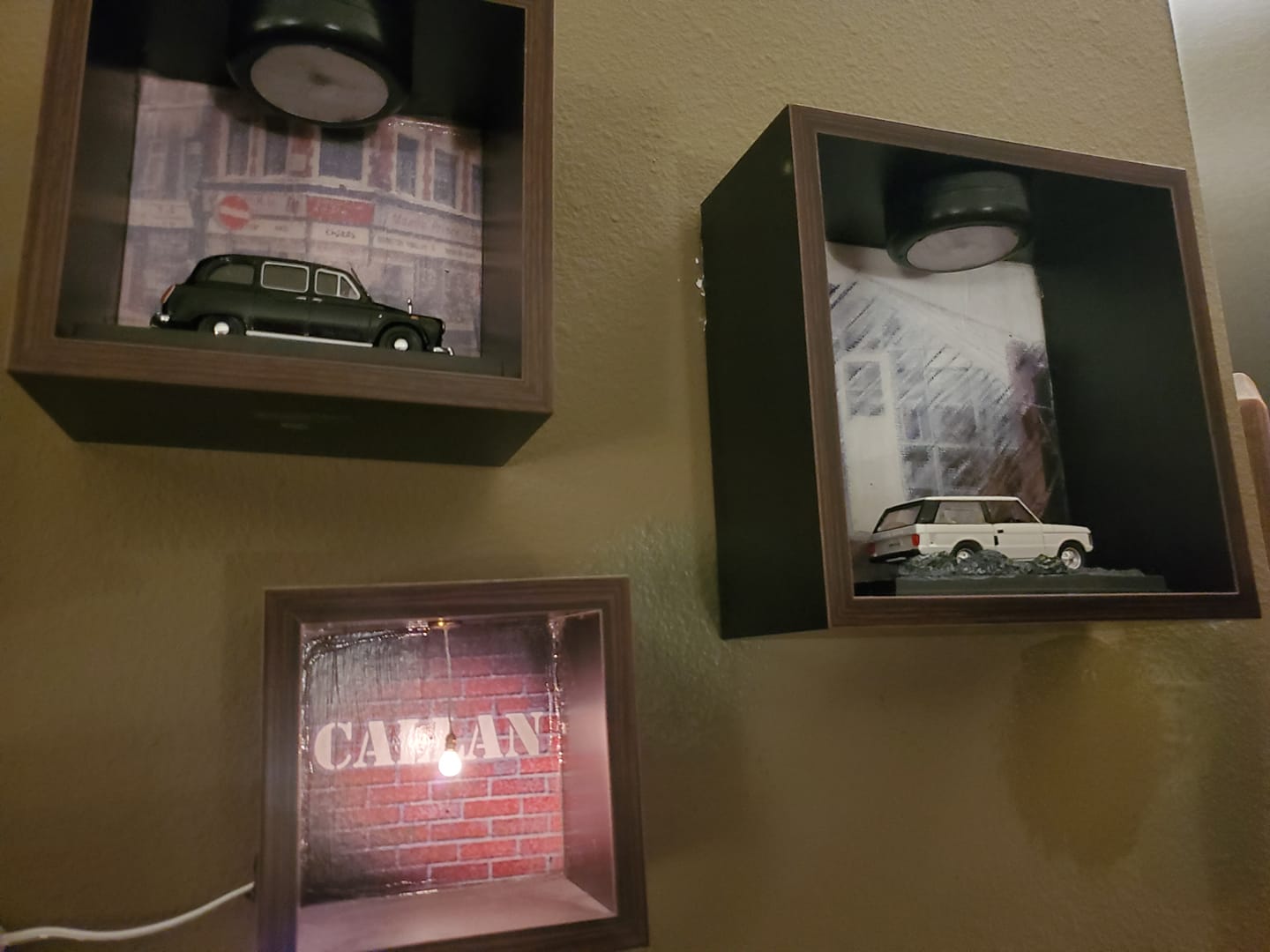 If you've seen any other home-made Callan memorabilia do let me know.