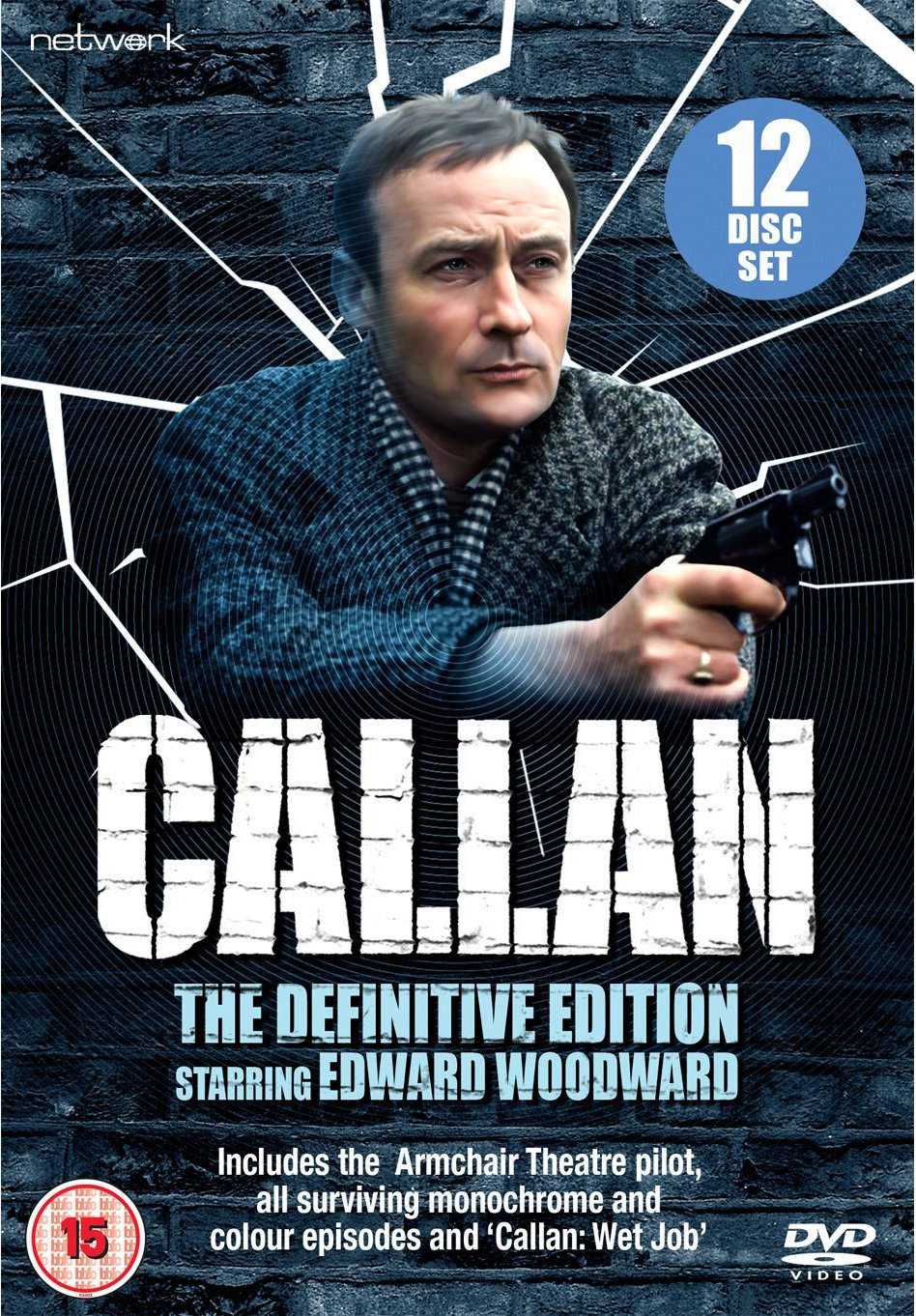 Edward Woodward gives an electrifying performance as a reluctant professional killer working for British Intelligence. Callan became a national phenomenon in the late 1960s, making Woodward one of the highest profile actors on television and paving the way to his eventual career in America on shows like The Equalizer. Created by James Mitchell (When the Boat Comes In) and exploring the dingy, twilight world of the professional spy, Callan was the antithesis of James Bond (back in the days of Connery and Moore) and presented, until that point, television's most realistic portrayal of government espionage. When first announced this set was to contain:

Originally to be released 28 March 2011 by Network DVD, this has been rescheduled many times without appearing. In May 2014 Andrew Pixley mentioned that the final updates were just being applied to the viewing notes; then in April 2015 Network announced the seperate releases of the book and documentry, which suggested that the set had been shelved, which was all but confirmed by the Five from Callan deal Network ran in November 2015; a Callan bundle that included the This Man Alone, all the existing episodes (both the Monochrome Years and The Colour Years sets), the single play Wet Job, plus Callan: Under the Red File.

All of this content subsequently appeared on the Australian DVD release Callan - The Ultimate Collection.