The memorable theme tune for the show Callan came from a stock record of incidental music composed by Dutch composer Jan Stoeckart (under one of his aliases , "Jack Trombey"), published by de Wolfe Music. Its original name was Girl in the Dark, and it appeared on the 10" UK Music Library LP Eye For an EYE:

11 tracks by Jack Trombey & John Rieds
played by the International Studio Group under the direction of Jack Trombey
DW/LP - 2969, on the Music DeWolf label in 1966. 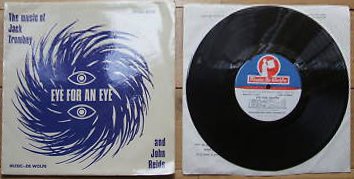 In 1970 Edward Woodward recorded the 10-track LP This Man Alone (DJLPS405) which included a version of the theme with lyrics.

In 1970 the sheet music for the song was also published: 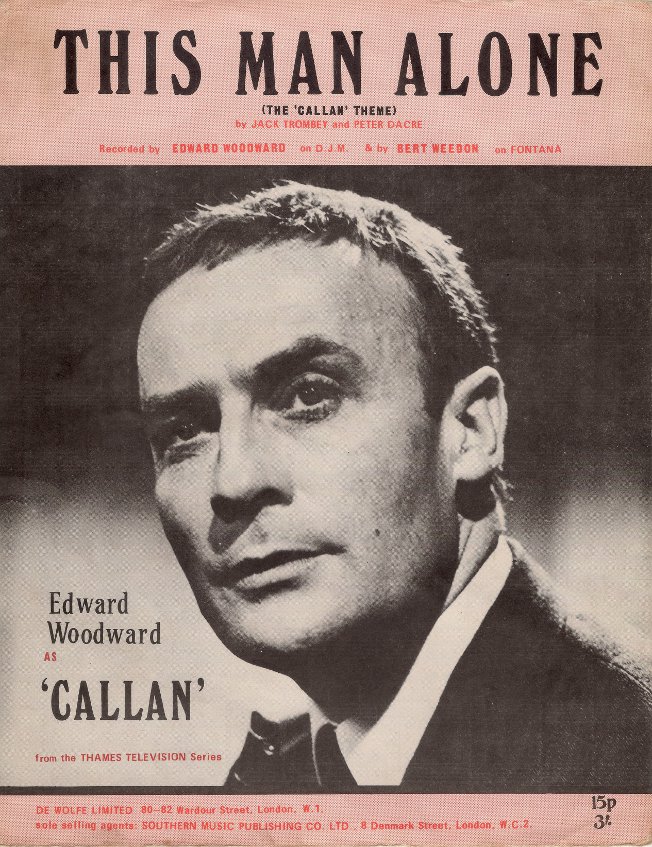 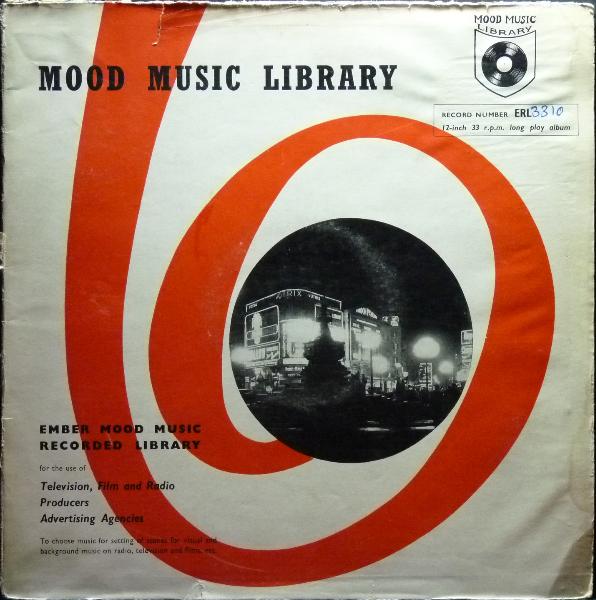 This timeline was later challenged in a 1975 UK court action, with Mood Music contending that Girl In The Dark was sufficiently similar to an Italian song Sogno Nostalgico, composed in 1963 by Armando Sciascia, as to be an infringement of copyright, and they also claimed the lyrics of This Man Alone were an infringement as well.

Mood Music argued that Sogno Nostalgico was composed in 1963, with copyright assigned the following year. Records of Sogno Nostalgico had been released in Italy (Anyone know the details?), the music was available from Mood Music's library from 1965, and that it was used as the theme for a television series, The Rat Catchers, though to Daza's ears the theme doesn't sound much like the Callan Theme at all, so perhaps they meant it was used as incidental music.

Sogno Nostalgico was also used in the first episode of Riviera Police as incidental music, and an episode of the Tommy Cooper Hour.

The hearing reportedly ran for two weeks at the end of which the parties agreed the assignment to Mood Music of the worldwide copyright of Girl In The Dark and payment of certain royalties previously earned by the song and all future royalties worldwide. Money held in suspense at the time was to be released and allocated on the basis of Mood Music collecting half royalties earned in the U.K. by Girl In The Dark and one quarter for This Man Alone. De Wolfe paid all costs, estimated to be about $70,000, but did not admit liability.

The case established an important precedent in UK case law which students might encounter in their legal textbooks regarding the admissibility of evidence of similar facts, as Mood Music countered De Wolfe's claim that any similarity was coincidental by presenting three other examples of music from De Wolf's catalogue that bore close resemblance to music published by Mood Music.

A version of the theme was included on the album The Romantic Guitar of Bert Weedon:

John Gregory, under the name Chaquito, released a very successful Latin-American album (TV Thrillers) in 1972 which featured a cover of the Callan theme.

The track also appeared on Nice and Easy Vol 2 In 1998 The Remote Viewers' album Low Shapes In Dark Heat included a version of the theme under the name: "Sogno Nostalgico".

In addition to the 1970 release, the written music can be found in: