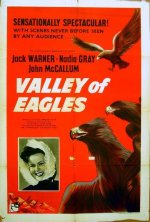 Swedish scientist Nils Ahlen had it all - a beautiful wife, a nobal Prize for science, and tenure. Unfortunatly he also has a trusted lab assistant who looked as dodgy as possible so Nils should really have known that his wife and the lab assitant would run off with the plans for the turn-sound-to-energy device and try and sell it to the Russians.

Determined to retrive the device he sets out in the company of a police inspector in persuit of the fuigitives across the country to Lapland. Along the way they face packs of wolves, raindeer stampedes, giant attack eagles, laplanders withs names so hard to pronounce the police inspecter calls them by their job tile, and a very badly driven snow-plow.

Best line: "Just because I'm a scientist doesn't mean I hide things scientifically - it's a lesson they didn't give us." 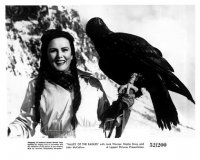