The Man Who Fell to Earth

The Man Who Fell to Earth is a 1976 science fiction film directed by Nicolas Roeg, based on the 1963 novel of the same name by Walter Tevis, about an extraterrestrial who crash lands on Earth seeking a way to ship water to his planet, which is suffering from a severe drought. The film maintains a strong cult status for its strong use of surreal imagery and its performances by David Bowie (in his first starring film role), Candy Clark, and Hollywood veteran Rip Torn. It is a role that came to haunt David Bowie, as he plays it so well that he has become identified with the character of the displaced alien. The film is wilfully oblique in parts but beautifully shot and edited. The same novel was later remade as a less-successful 1987 television adaptation.

Also starring Rip Torn, Candy Clark, Buck Henry.
Screenplay by Paul Mayersberg.
Much of the origianal publicity suggested the film Music would be by David Bowie, but by the time of release this had changed.
Produced by Michael Deeley and Barry Spikings.
A British Lion release.

Lobby Cards for the film 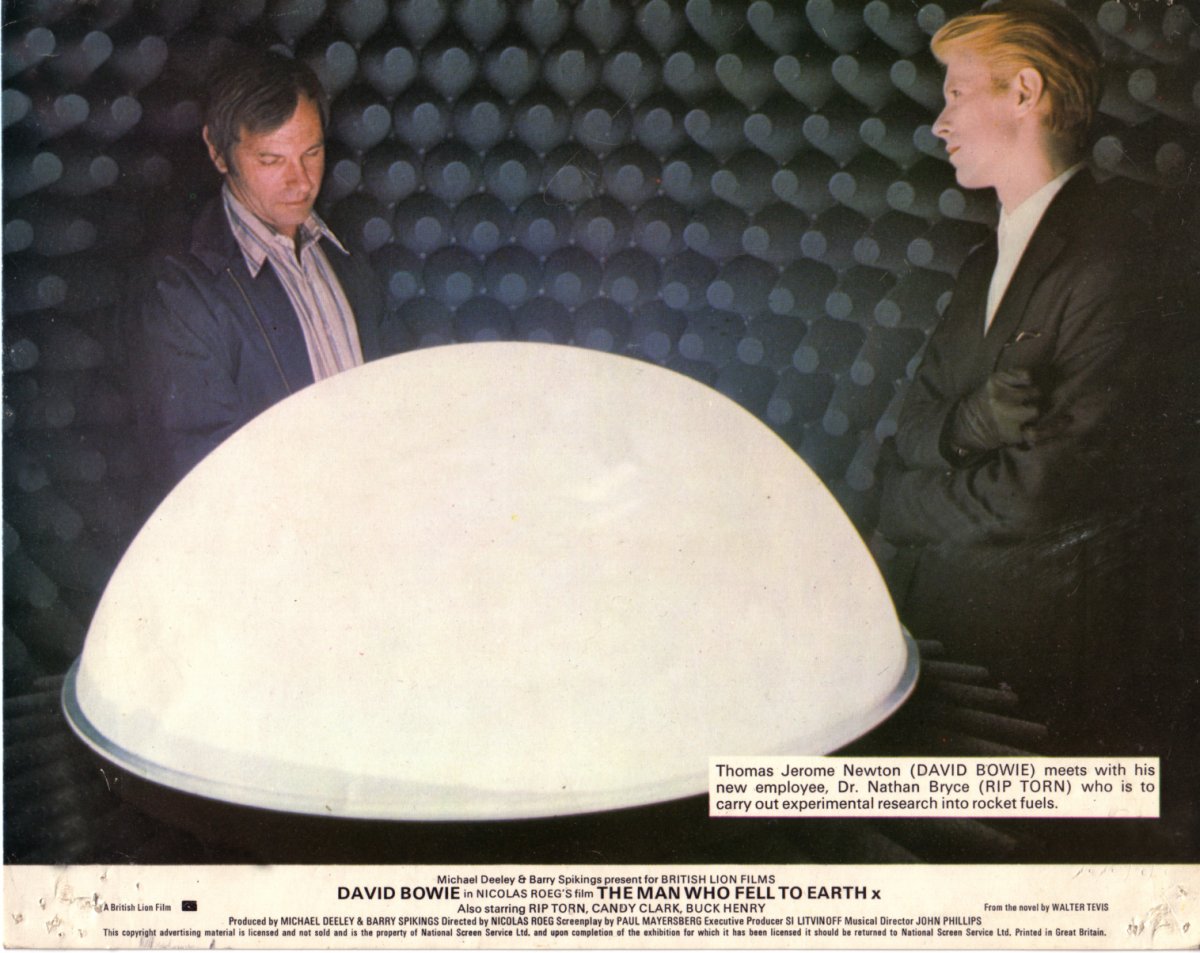 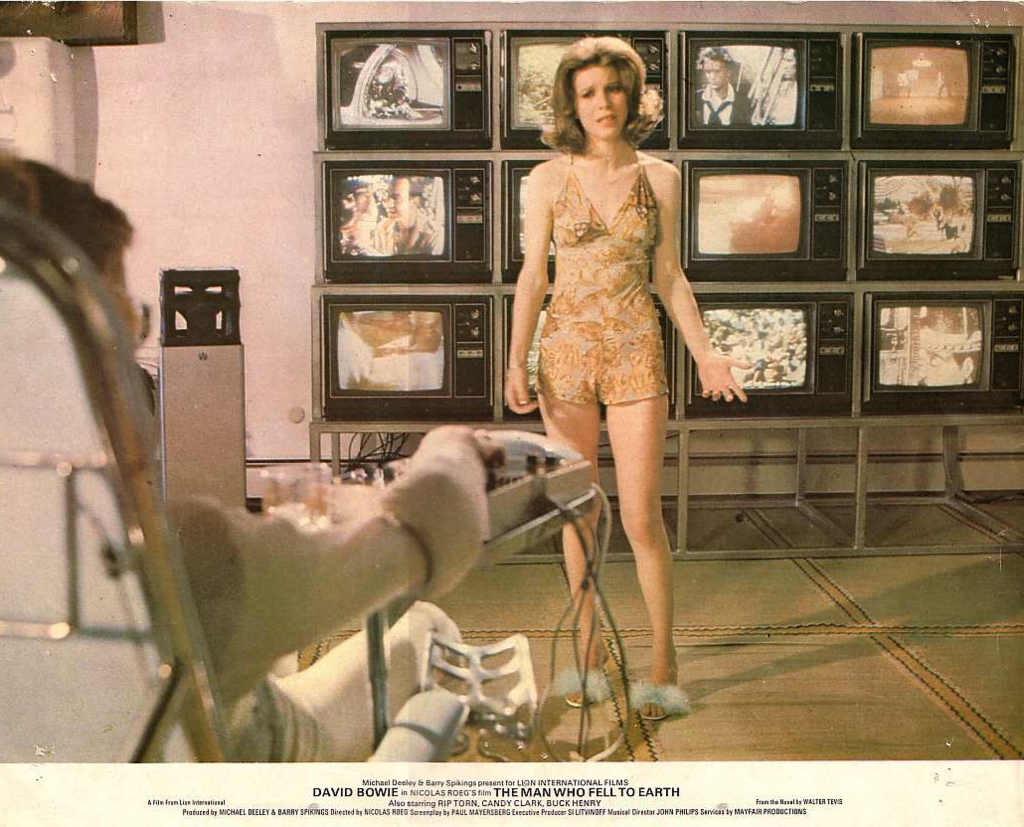 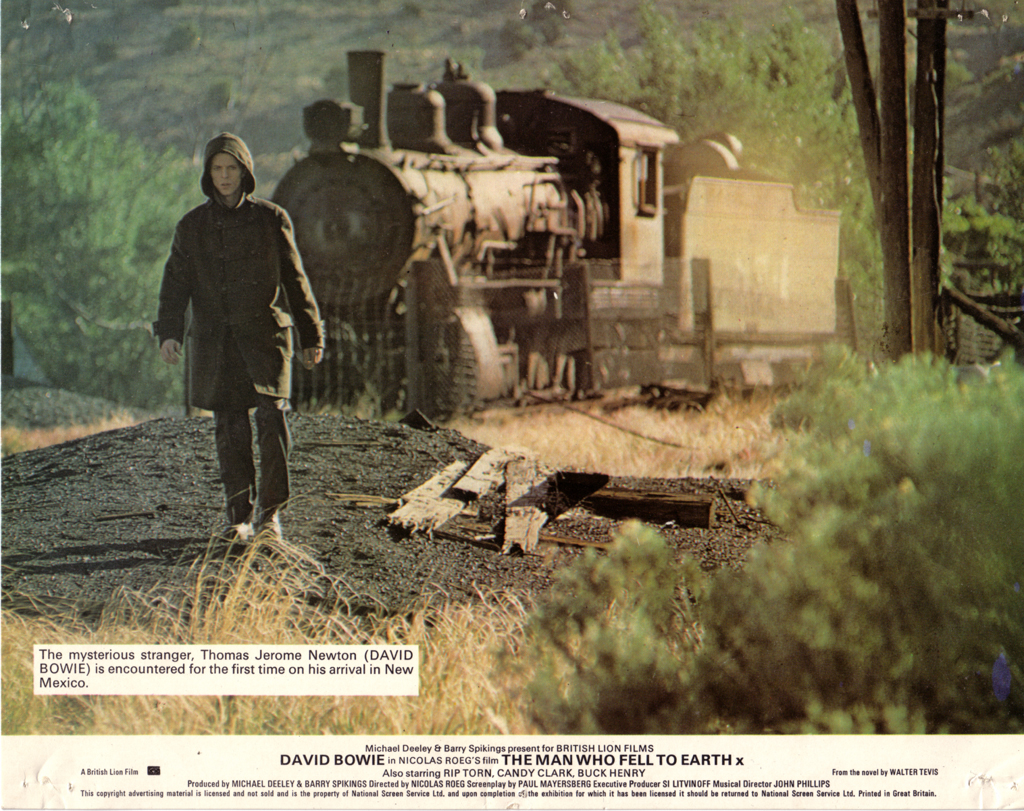