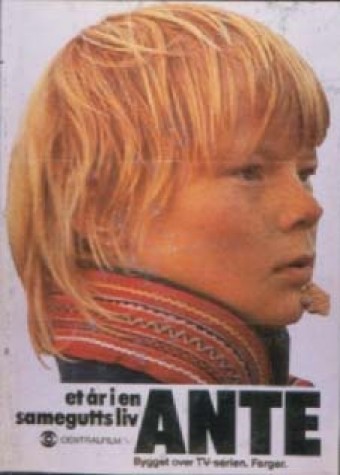 Once upon a time last century children watched television about children, much as they do today. Like Mika, Ante was a Sami boy living in Lapland who loved life on the plateau. Ante featured in a 6 episode television series screened in Norway in the mid 1970s (first shown on NRK television in winter 1975). The series was based on children's book Ante by author Tor Edvin Dahl.

In 1977 a feature film depicted a year of Ante's life. All that Ante wants is to be a shepherd and lead a life following the reindeer. But when the autumn comes, Ante, like all other children, must go to school. During the winter months he boards at school, left behind by his family who follow the reindeer. Ante has difficulty settling in, especially since he is not allowed to speak Sami, but eventually he adapts to school life and learns to survive in modern, industrialised society.

The film, television series and book are important historical documents as they depict the processes by which Sami communities become enculturated into the dominant Norwegian culture through social institutions like schooling. They also depict conflict between the Lapp and resident Norwegian communities, such as in the episode where Ante and his grandfather come into conflict with farmers when their reindeer herd traverse cultivated fields. Ante is now sometimes regarded as a cultural icon for Sami self-determination. 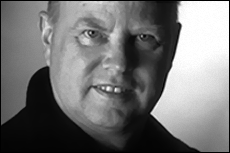 Ante screenwriter Dahl wanted to create an account of modern life from the perspective of the Sami. He believed that in previous films and productions the Sami had been seen from the outside and films depicting their life were made by outsiders. Dahl said that in the Ante Sami themselves were at the center and that Norwegian culture was on the periphery.

Ante is Arvid Skauge's most well known work outside of Norway. However, by 1977 he'd already had a long and illustrious career directing and scripting television commercials.

Nils Reider Utsi, who also starred as Ante's father, is a Sami actor , playwright and director from Tana in Finnmark. After high school in Finnmark, took Nils Utsi acting school at the Theatre Academy in Oslo, where he arrived in 1964 as the first Sami student. Utsi gave a Sami perspective to the role of director, although the Internet Movie Database lists only Skauge as director.

Child star Sverre Porsanger (born 1963) has taken a number of roles in his adult life including the 2000 comedy Detektor, where he humorously played a Sami private detective called Ante. Since 1990, Porsanger has worked extensively as an actor and director, as well as working with Lapplandsk Teater - a company highlighting the teachings of indigenous Saami (Lapp) theatre to artists and young people. 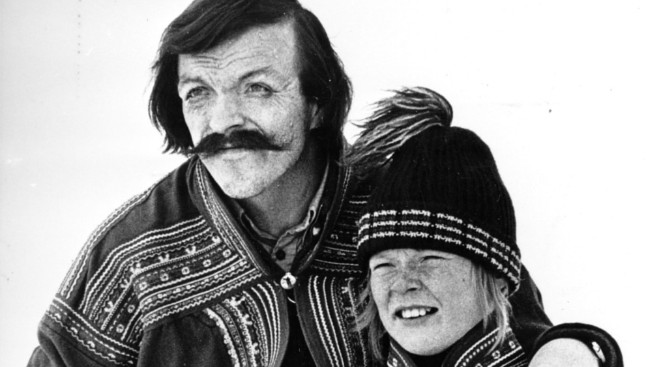 The theme music for Ante, Joik written by Kjell Karlsen and performed by Ellen-Anna Buljo, is a traditional Sami joik, an improvised, highly spiritual song. Joiks do not rhyme, and have no definite structure. They are typically about any subject of importance to the singer, and vary widely in content. Purely folk joiks have declined in popularity over the 20th century, due to the influence of pop radio and religious fundamentalism, especially Laestadianism. The theme song was on the Norwegian VG-lista for fourteen weeks in 1975.