Another series of films that followed on from one another, but each one with it's own style. These films have spawned comics, books, action toys etc. My favourite character is Jones the cat, who was the emotional centre of the first two films, it's a shame that problems with her pay negotiations meant she got written out of #3. Check out the novels by Alan Dean Foster for the background on her character's motivation. 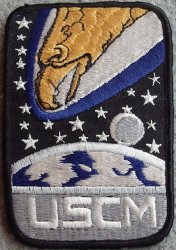