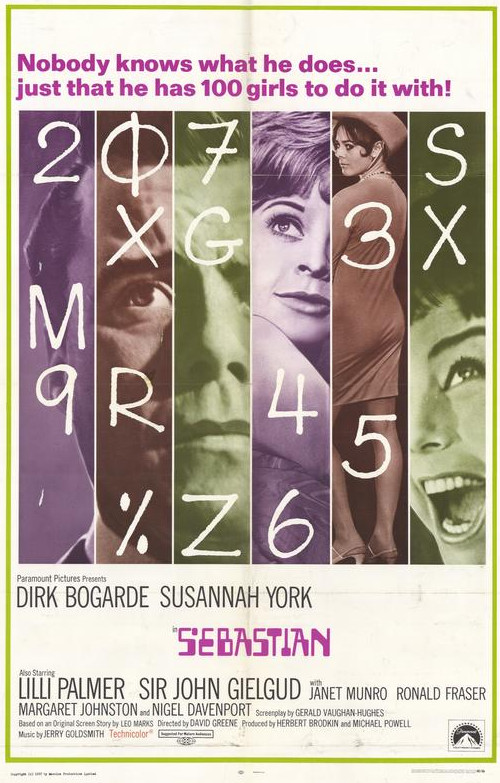 Sebastian follows the adventures of a master code breaker (Dirk Bogarde) and his hand picked team of 100 female code breakers in the midst of the swinging sixties. He's a troubled genius whose eccentric approach puts him at odds with the establishment and the strong women with whom he surrounds himself with. Into this world comes the bright and footloose Becky Howard (Susanna York) who sets out to break the code to his heart.

So many films at the time were trying really, really hard to be quirky; this one just is. While managing to tell a intriguing espionage tale it also throws in commentary on the gender politics of its time, hip fashions, fab set design, a cool computer font, and some seriously groovy tunes care of composer Jerry Goldsmith and Max Baer & The Chicago Setback .

The plot goes all over the place but the script has wit and melancholy a-plenty, and I quite liked his wallpaper.