An English television and film writer, script editor and producer.

Anyone out there know what happened to this fasinating auction lot of material regarding WG? I wonder if it was from his persoanl collection or just a fan. 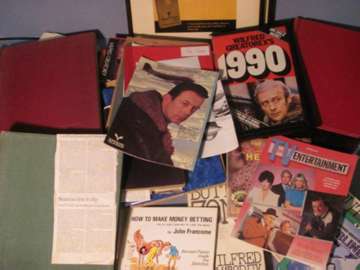 Bourne End Auction Rooms December 1st 2010, Lot 233: A collection of signed books, pictures and other ephemera relating to Wilfred Creatorex 1922-2002, including TV and film scripts and various signed autographs mainly of people in the TV industry, &pounds50-60 Wilfred Greatorex 1922-2002 - was a TV and film writer, script editor, producer and author. He wrote the film script for the Battle of Britain film and the TV series Secret Army.