This classic and much appricated soundtrack has been released several times over the years since it's origins as library music in the early 70s:

The music for the show, composed by Alan Tew and performed by the session band Bullet was originally conceived as library music and issued on two very rare Themes International LPs - 'Drama Suite Part I' and 'Drama Suite-Part II'. 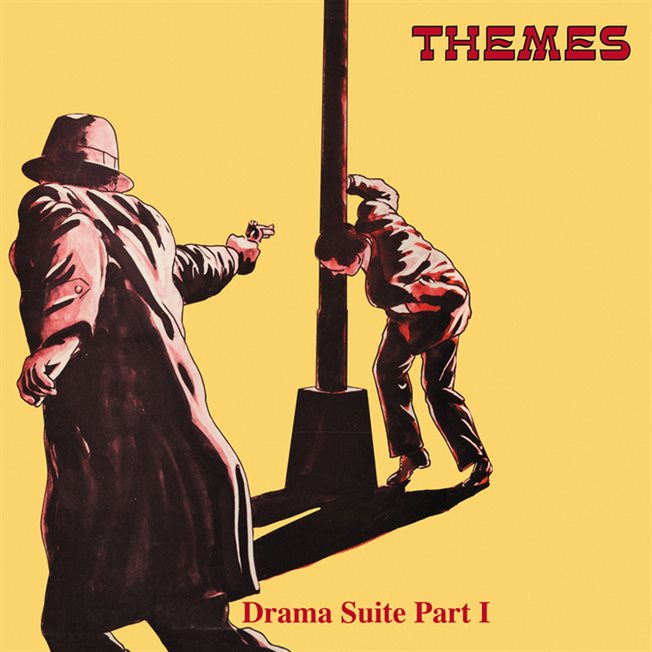 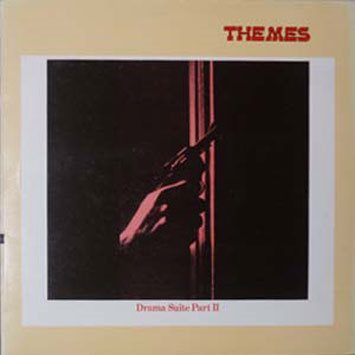 In 1975 the album of incidental music used on Yorkshire television's thriller series The Hanged Man was released as a soundtrack on Contour records. 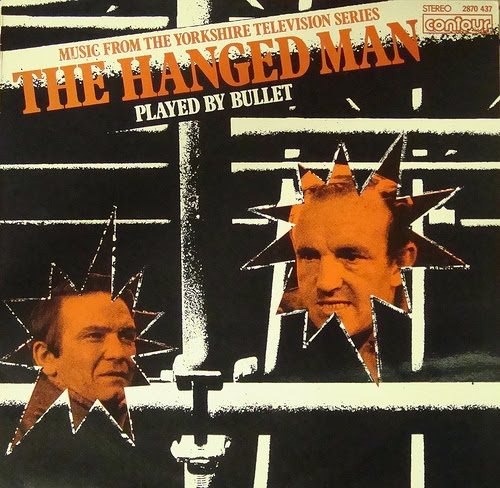 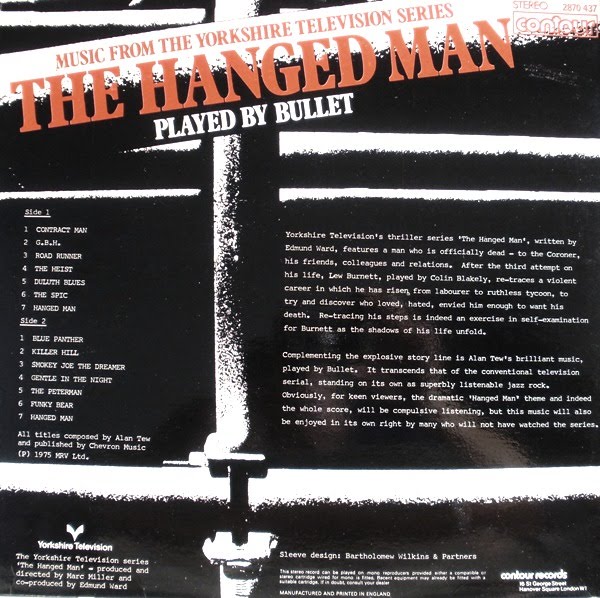 There were also some 7in singles of the tracks Hanged Man/The Contract Man released in the UK and Italy: 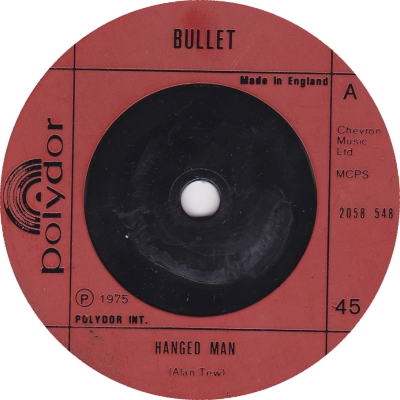 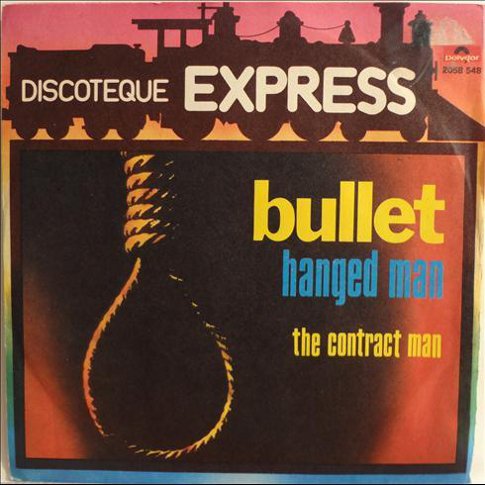 Following its original release The Hanged Man become a highly collectable album within the break beat/hip hop field, sampled by the likes of Jurassic 5, the Street SmartZ and DJ Vadim amongst others, as it featured superb selection of beautifully orchestrated jazz, funk and rock fusions.

A visitor to the site let us know that they bought an LP copy of the soundtrack for $15 in the which he was told was an original pressing, but further investigation has turned up that it is in fact a bootleg. A collector did them under the company name Scorpio Music, and had a reputation for top quality repressings, although they are not indistinguishable from an original lp. The copy was described as an exact replica of the original pressing down to the printed dates and release #. Things that gave it away were that it was dead mint, clean w/ extra glossy finish on the cardboard (also the inside of the jacket is white where most older lps are greyish/brown.) the contour logo on the actual vinyl also looks like a photo reproduction

In 1998 the album saw its full reissue on DC Recordings, becoming available on cd for the first time along side a vinyl edition. 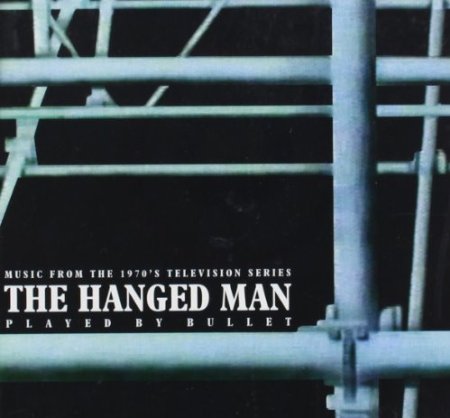 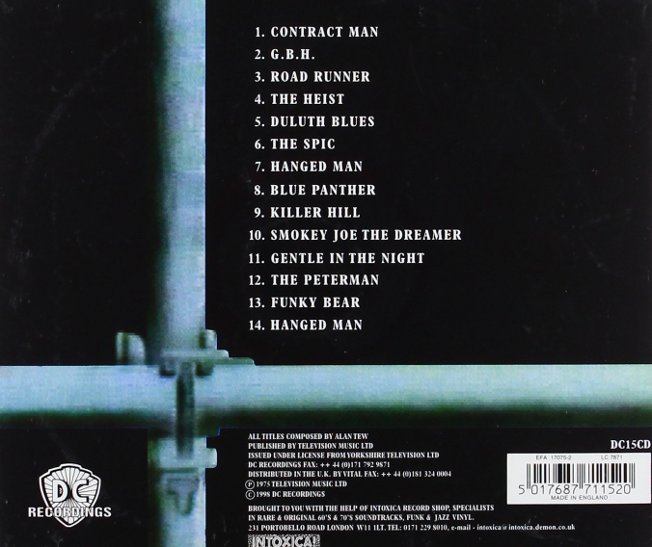 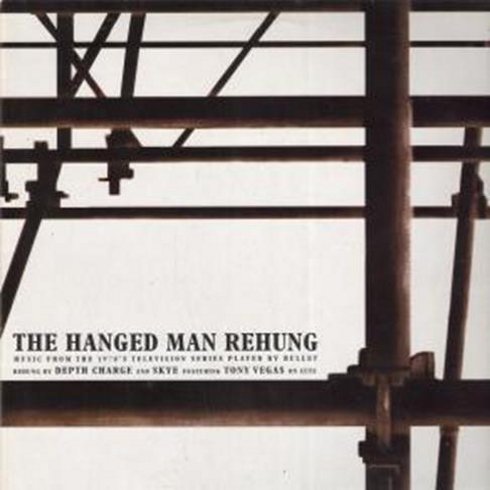 In 2011 Dutton Vocalion reissued the music on a CD comprising the complete 'Hanged Man' score plus 24 additional cues from the 'Drama Suite' albums, as well as a compilation of some titles in the Themes International catalogue... 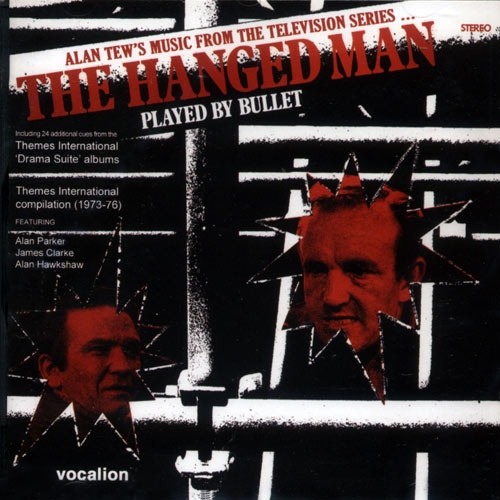 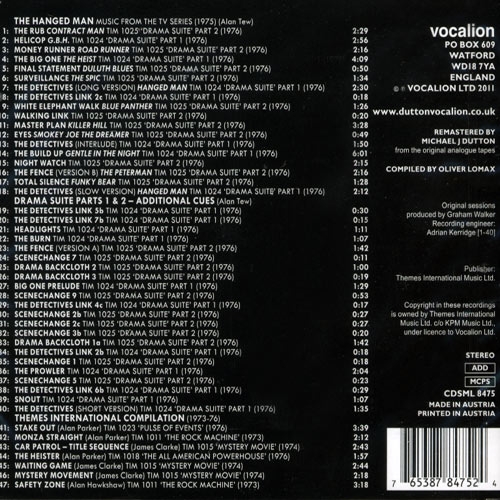 Remastered from the original stereo tapes. the Hanged Man Music from the TV Series (1975) (Alan Tew)

Tunes composed by Alan Tew for The Hanged Man were also used under the name The Detectives for a Two Ronnies (comedy programme) sketch Stop! You're Killing Me (1977), so there are various theories regarding which came first.

The The Detectives was used for the Australian TV Movie The Newman Shame, starring George Lazenby.

Alan Tew was also the composer of The Big One (theme from The People's Court), which sounds to me like a reworking of the track The Heist from The Hanged Man.

A late 2004 TV campaign for the WRC video game (WRC4?) in New Zealand included an ad featuring what sounded to me like the main theme from The Hanged Man.

One of Alan Tew's compositions from the show popped up on Charlie Brooker: Videogames Changed the World (2013). 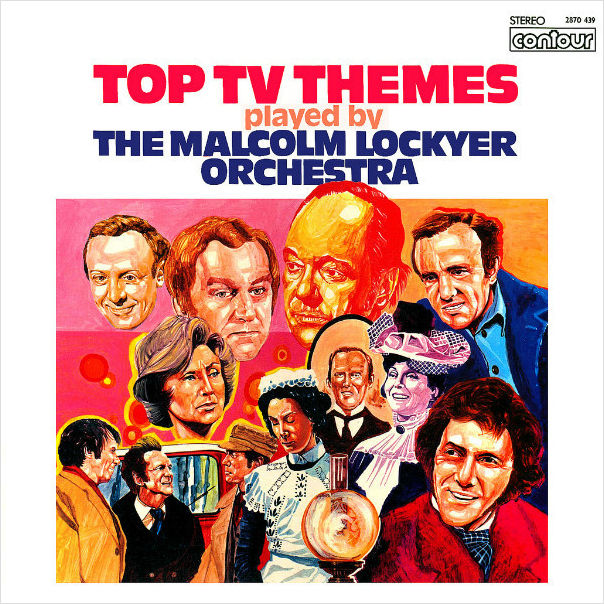 A version of the title track was released on the Top TV Themes album by the Malcolm Lockyer Orchesta.