John Craig, once the most gifted agent Department K ever had, is finished. The extreme torture he suffered in his last assignment has broken him. But Loomis, his department chief, decides that there is still one last job that Craig can do. The Americans are after a man called Kaplan, an escaped prisoner from a Siberian prison camp, a man who can work one mote miracle. They know that he is hiding in Turkey, and hire Loomis's department to track him down. They want Kaplan alive. The Russians want him dead. To get Kaplan out, Loomis decides to use a decoy. and in Department K all decoys are expendable. The decoy is Craig.

Others are expendable too - the innocent bystanders who invariably suffer when the power game is played to its conclusion. But sometimes they hit back; like Miriam, the girl who restores Craig's faith in himself as an agent-and as a man.

How Craig is forced into fighting both sides - Department K and the Russian KGB, and how for once the nut broke the nut-crackers, is the theme of this fast- moving novel, set in Turkey. Cyprus, Lond on and New York.

First published in 1969 under James Mitchell's pen-name James Munro, The Innocent Bystanders was the fourth novel to feature hard-as-nails secret agent John Craig and was filmed in 1972 by Peter (Italian Job) Collinson, with Stanley Baker as Craig. The tag-line for the film was 'They set Craig up, he shot them down!' which neatly summed up the bloody journey taken by our hero (once seen as the logical successor to James Bond) to find a missing Russian scientist hiding in Turkey before competing intelligence agencies can - including his own! The Chicago Sun Times said: 'James Munro, the master of mayhem has done it again. The pace is quick, the scenery great, the food good, the liquor strong, the girls willing.' The credits for the 1972 film version stated, rather cheekily, that the script was 'by James Mitchell from the novel by James Munro'!

Bystanders was to be the last Craig novel as by 1969, James Mitchell's other fictional spy - David Callan - was keeping Mitchell busy.

Thanks to Top-Notch, who have just released a new edition of the book, for the background information. Daza hopes to add a review of the book in the near future so keep checking back. 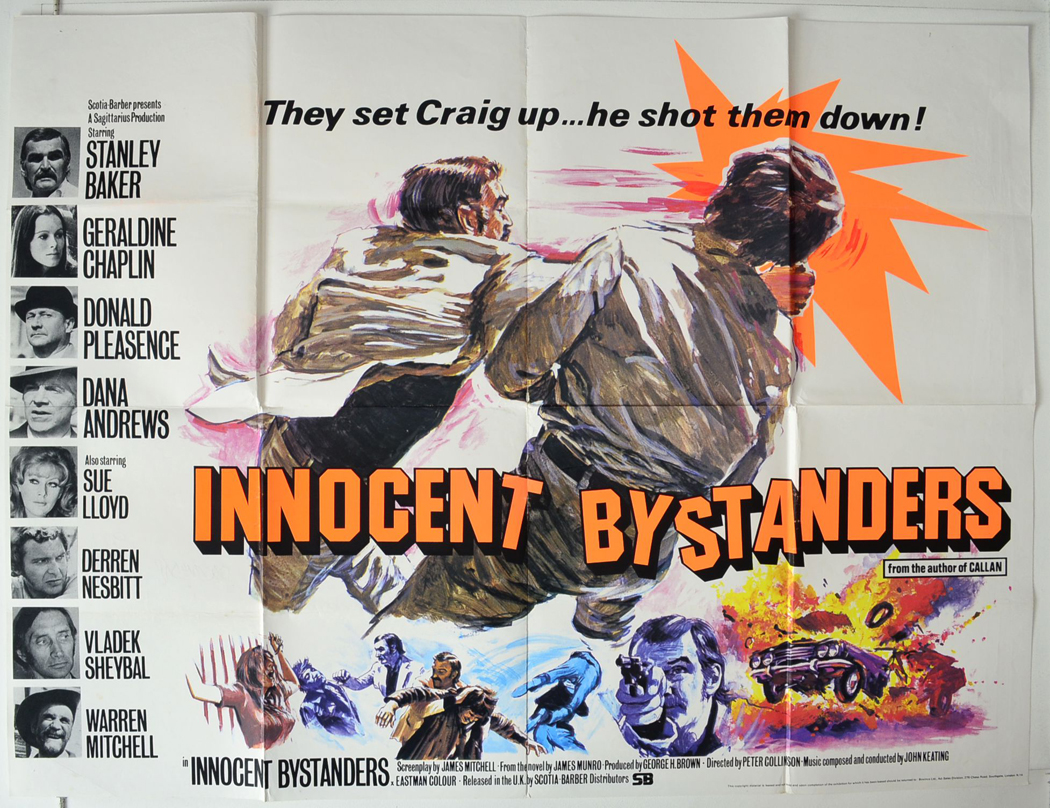